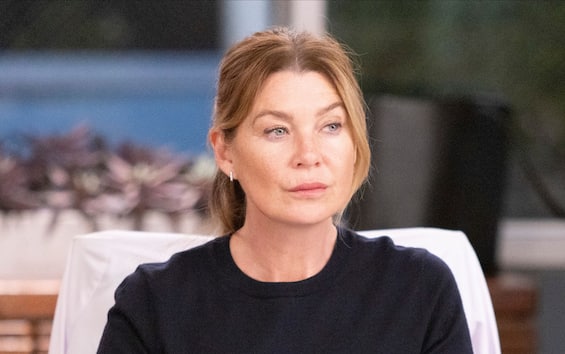 A bit of melancholy is felt in the new promo of the new season from Grey’s Anatomy coming next February. In fact, fans must prepare for the farewell of Ellen Pompeo, historical interpreter of the protagonist Meredith Gray who will forever leave the Seattle hospital where she worked for many years. The character decided to move to Boston in the last few episodes that aired after Zola fell in love with a school there and Jackson offered Meredith a job related to Alzheimer’s research.

Revolution in the Gray house

As Deadline revealed in August, Ellen Pompeo has reduced her presence in the series Grey’s Anatomy in the final eight-episode season. His farewell of February 23 as a lead member of the cast, aptly named I’ll Follow the Sunwritten by executive producer / showrunner of Grey’s Anatomy Krista Vernoff, is episode 7. Pompeo, currently in a limited series of Hulu where she stars and executive producer, is expected to return for the finale of season 19 of Grey’s Anatomy. She will remain executive producer of the medical drama e will provide the voiceover for all episodes of this season. In anticipation of his departure as Gray’s title character, the series this fall introduced a new group of interns in its biggest cast revolution to date.

There creative review seems to be paying off, with the new characters receiving a largely warm welcome from fans, making it likely the 20th season of TV’s longest-running medical drama. According to sources, the cast renewal talks haven’t started yet, but they are expected to do so soon. In addition, the ABC Signature study by Grey’s Anatomy will have to make new deals with some of the show’s actors whose contracts have expired at the end of this season, including the latest cast members of the original remake, Chandra Wilson and James Pickens Jr. As well as other prominent former cast members, including Jesse Williams (Jackson ), Pompeo may continue to make appearances on the series beyond this season.

In the fall season finale, Meredith announced her departure from Gray Sloan in an email. To make Meredith’s move even more permanent, her house was razed to the ground with only the post-it notes she and Derek wrote their survival vows on. However, no one was hurt and Meredith ended her last day at Gray Sloan in a good mood, having been greeted with a toast from all of her colleagues.