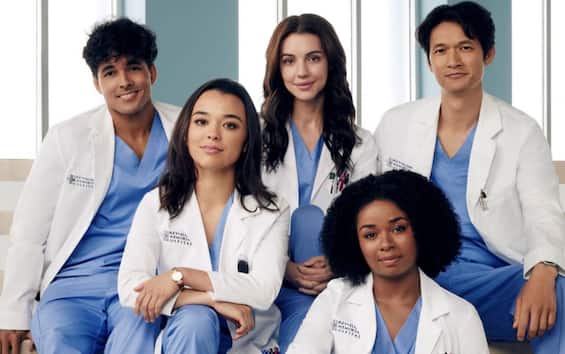 Disney + has published some tabs dedicated to the new ones on Instagram Gray Sloan residentswhich we have already learned about in the first episodes of the 19th season of Grey’s Anatomy.

Since when Ellen Pompeo/Meredith Grey has definitively said goodbye to the series, the spotlights are now all on the new entries of the 19th season. But who are the five new residents protagonists of Grey’s Anatomy 19? Disney+ posted a few cards on Instagram to “refresh” the characters, asking followers who their favorite was. There is and Alexis Floyd (already seen in Inventing Anna) as Simone Griffin, a successful and intelligent young woman growing up in Seattle: the intern never wanted to work at Gray Sloan due to a painful personal history with the hospital: her mother died in childbirth at Seattle Grace . Simone seems to have a liking, reciprocated, for Lucas. Lucas Adams, played by Niko Terho, is a doctor determined to prove himself as a good surgeon, just like many others in his family. The boy, in fact, is the nephew (initially incognito) of Amelia and Meredith, son of a Shepherd sister. Adelaide Kane (actress already seen in reign) takes on the role of Jules Millin, who had a complicated childhood raised by artists/hippies often under the influence of drugs which made her realize that she was the only real adult in the family. Jules had a night of passion with Link before she knew he was her boss, however, and subsequently began a flirtation with Kwan. Harry Shum Jr. (who previously starred in glee) is Daniel “Blue” Kwan, a quick-witted, impatient, bright and “generous by nature but competitive by default” resident. Finally there is Midori Francis as Mika Yasudathe daughter of a family of eight siblings who is used to being overlooked and underestimated (and uses it to her advantage).

As everyone knows by now, Ellen Pompeo has said goodbye to the series television that made her famous. “I am eternally grateful” wrote the actress on Instagram, in a message addressed to her fans. “I am eternally grateful for the love and support you have shown me, Meredith Gray and the show for 19 seasons! In all of this… none of it… would have been possible without the best fans in the world. You are all riders and you made the ride really fun and iconic!!” added Ellen Pompeo, concluding the message with the words “I love you madly”. “None of this would have been possible without the incomparable Ellen Pompeo, the one and only Meredith Grey,” series creator Shonda Rhimes wrote on social media.