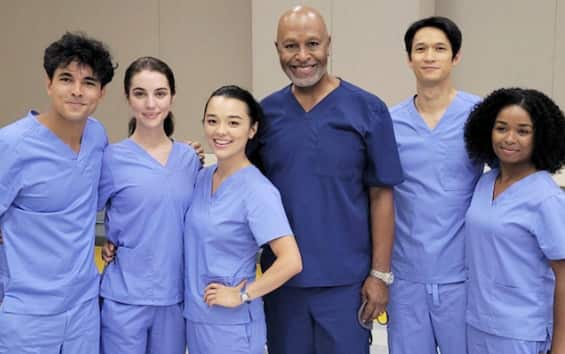 Tonight, October 6, the nineteenth season of Grey’s Anatomy will premiere on ABC. Meredith Gray, played by veteran Ellen Pompeo, will be at the center of the episode: she being now the chief of surgery at Gray Sloan Memorial Hospital, she was tasked with rebuilding the internship program after it was dismantled last season following the death of a patient. Here are all the previews.

Ellen Pompeo She will only appear in eight episodes this season, though all episodes will still have Meredith’s voiceover. The actress, in fact, she is the protagonist and executive producer of an as yet untitled miniseries that will air on Hulu, centered on a couple who adopt an 8-year-old child suffering from dwarfism. “She has so many projects in development as a producer and the Hulu project as an actress,” the showrunner said. Grey’s Anatomy Krista Vernoff in an interview. “And she’s really excited to spread her wings, and we want to support her in that, while she’ll always be in the storyline of our show.” But what will take Meredith away from her life in Chicago? Vernoff herself revealed: “When you have a woman that she has a job she loves, a career she loves, a man she loves, what is the thing that could take her out of the main narrative? And my answer is: His sons. Something will happen with his children that will change the course of his plans. And as a mother, I am in tune with this ”. Last spring Vernoff learned of Pompeo’s desire to reduce his presence in the nineteenth season of the show: for this reason, together with the other writers, he decided to enrich Grey’s Anatomy from new actors: Harry Shum Jr., Adelaide Kane, Alexis Floyd, Midori Francis and Niko Terho will play interns, who will be at the center of the first episode’s plot.

The goal of the writers of Grey’s Anatomy is to devote ample space to freshmen, thus bringing fans of the series back to the first episodes of the show. “The lifeblood of the show, the initial success was about the path to becoming a surgeon when you have no idea what you are doing, “explained Vernoff. The hope is also to bring the ratings of the medical drama back to the great numbers of the first seasons, which recounted precisely the conflicts, mistakes and loves of a group of interns. As for the synopsis of the first episodes, we know that they will be set after six months from final of the 18th season. The Gray Sloan Memorial has restored its graduate program. A group of talented and ambitious young interns have been recruited as surgeons in attendance work to restore the program to its former glory. Meredith, who still serves as interim chief, sees Nick for the first time ever since he turned down his offer to move to Minnesota. Meanwhile, she Bailey tells Richard that she isn’t ready to go back to work; Levi finds the courage to break the disappointing news to Jo, and things get complicated when Link realizes he’s already met one of the interns. With the help of Amelia and Maggie, the new doctors are launched on their first day on the job tackling injuries caused by a recent tornado.