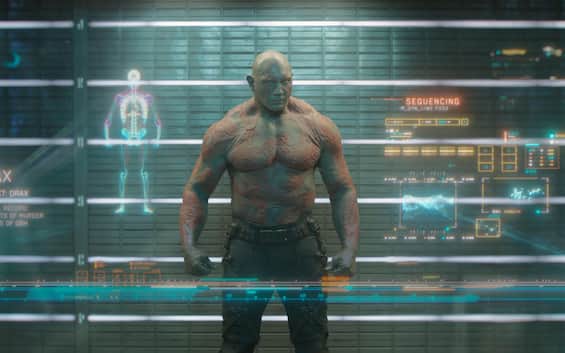 Dave Bautista prepares to say goodbye to Drax. The actor responded to an article about the possible disappearance of the character within the franchise Guardians of the Galaxy announcing the arrival of a new interpreter.

The May 3, 2023 Guardians of the Galaxy Volume 3 will arrive in Italian cinemas. Six years after the previous film, the new work directed by James Gunn will tell the adventures of the group led by Star-Lordinterpreted by Chris Pratt.

In anticipation of the release of the film, an article speculated the disappearance of Drax in the next film, but Dave Bautista wanted to clarify the situation by intervening directly with a message on the profile Twitter from over 1,400,000 followers.

The actor stated that the character will continue to be present but that he will no longer play the role. Dave Bautista: “Drax isn’t going anywhere. He just won’t be played by this guy anymore. I will be 54 when Guardians of the Galaxy Volume 3 will come out”.

The actor and ex-wrestler jokingly concluded: “I expect everything to start sagging at any moment”.

Drax fans can therefore rest easy, their beloved character will continue to be present.