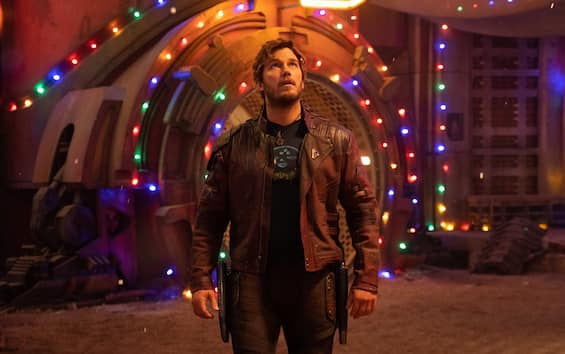 Guardians of the Galaxy Holiday Special: the plot

Peter Quill seems to live Christmas with a certain nostalgia, also due to the disappearance of Gamora which has left a void that is difficult to fill. His Guardian friends are worried about him and decide to leave to reach Earth where they can get him a Christmas present that will make him feel better. In this adventure they meet the actor Kevin Bacon and kidnap him because he could be the solution. “I wanted it to be as long as the one-hour Christmas specials I loved as a kid (without commercials),” Gunn wrote on Twitter of him.

The cast of Guardians of the Galaxy Holiday Special

In this short and colorful adventure of the “Guardians of the Galaxy” the main protagonists are Drax and Mantis who leave on a mission for Quill, played respectively by Dave Bautista and Pom Klementieff. Chris Pratt is still Peter Quill / Star Lord, while Groot has the voice of Vin Diesel and Rocket by Bradley Cooper. Obviously there is Kevin Bacon who ironically plays himself, but also Michael Rooker and the band The Old 97’s who offer some musical moments at the beginning and end of the medium-length film.