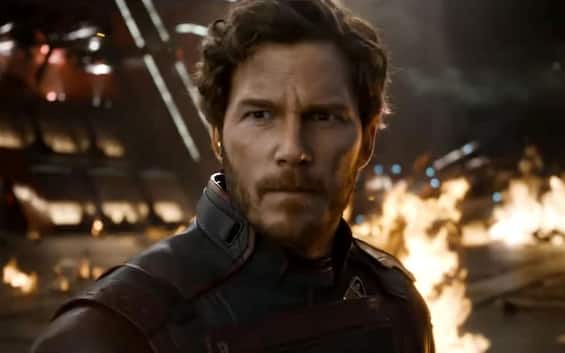 Guardians of the Galaxy Vol.3 and the third installment of James Gunn’s galactic trilogy and the latest movie Marvel of the director who will move on to work for DC Studios. A few days ago on Disney+ (also visible on Sky Q and via the app on Now Smart Stick) the Christmas medium-length film was released with the unpredictable and fun company of aliens who set off on a mission to earth to give Star Lord a special gift , and now the new images of the film arriving at the cinema proposed by the trailer suggest an explosive and ironic adventure worthy of the previous two films. “It is very rare that the third film in a series is good. So, for me it was iIt is important to conclude this story in a positive way. So much of Volume 3 goes back to the beginning so we really get to see the end,” Gunn said.

Guardians of the Galaxy Vol. 3: the plot of the movie

This third film is set after the events of Thor: Love and Thunder and finds the usual group composed of Star Lord, Drax, Mantis, Nebula, Kraglin, Rocket and Groot who find themselves in a somewhat difficult situation. Peter is still mourning the loss of Gamora from Zoe Saldaña who she technically died in Avengers: Infinity War, only to later be resurrected as an alternate version of herself. And the main storyline of the film centers around the foul-mouthed Rocket weapon that could finally reveal the mystery of its origin.

The trailer of The Guardians of the Galaxy

The trailer it also teases some new faces in the castas the actor of Peacemakers Chukwudi Iwuji who we find in the role of the nefarious High Evolutionary, while Borat Breakout Maria Bakalova lends her voice to Cosmo the Space Dog. The images also reveal the first official look at Will Poulter as Adam Warlock, the glittering golden superman which was first anticipated in 2017 in Vol. 2 in the post-credit scenes. “In the Vol. 3 we see the importance of Rocket’s character and who he is. It was important to me that it work and that I do everything possible for the good of the various characters and for the fans. So, I put all of myself into it” underlined James Gunn, very fond of this franchise.
Guardians of the Galaxy Vol. 3 will be in theaters on May 5, 2023.