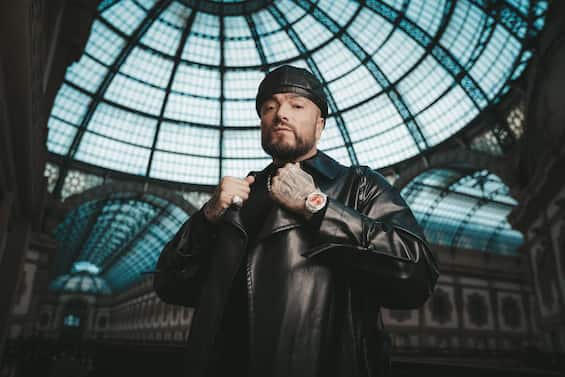 With his undisputed ability to leave his mark with each new release, anticipating and dictating the future trends of the scene, 2023 opens with a giant of Italian rap: Guè. The artist makes a surprise return just 13 months after the previous one Gvesus (certified double platinum) and does so with an album that is a real gift, both for his first-hour fans and for hip hop enthusiasts: Mother of pearl, out on January 13 and already in pre-order and presave; is produced entirely by Bass Master, legend of the scene. Bound by a twenty-year relationship of esteem and friendship, the two had already collaborated in the past, but it is the first time they have joined forces for such a large and complex project. With an average of one album every 18 months since 2011 (and one per year since 2020), Guè he is one of the most loved and respected Italian artists of the new millennium and has always managed to hit the target, becoming the spokesperson for avant-garde sounds, trends and themes without ever betraying himself and the public, who reciprocated with great affection: listening champion on all platforms as well as in live appointments.

In a trailer that appeared on social media that anticipated the announcement, the names of the featurings of Mother of pearl ranging from Marrakechto artists who have best known how to embody the renewal of Italian music in rap and urban as Sfera Ebbasta, Mahmood, Rkomi, Maximum Dangerto the most interesting new recruits on the scene Paky, Anna, Napoleon as well as a foray into cult rap from overseas Benny the Butchera member of the hip hop collective Griselda, considered a champion of the New York rap renaissance.