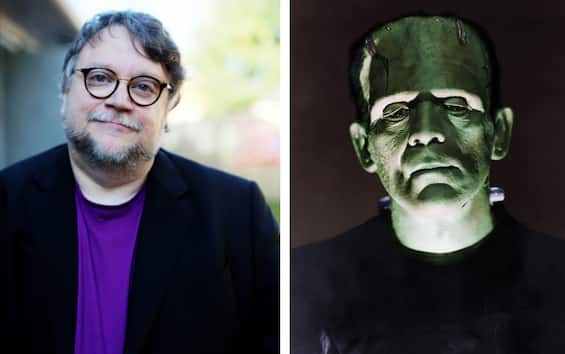 Guillermo del Toro will direct a film about Frankenstein for Netflix, perhaps starring Oscar Isaac (so would like the Mexican director, apparently).
After collaborating with the streaming platform for the recent film Pinocchio And Lto TV series Cabinet of Curiositiesthe acclaimed director will return to collaborate with the streaming platform for a new project dedicated to the monstrous creature born from the brilliant mind of Doctor Frankenstein and, before that, from the no less brilliant pen of the British writer, essayist and philosopher Mary Shelley.

This new film was born from a visceral passion of Guillermo del Toro. And in fact this project has been in his drawer since he was a child, as he himself confessed to the beauty of fourteen years ago.
“The thing is, I’ve dreamed of making a film about Frankenstein since I was a kid,” Guillermo del Toro said in an interview with ComingSoon in 2008.
This long-gestated project of his will finally see the light, given that the production of the Frankenstein signed del Toro will start in June 2023. We call it for convenience Frankensteineven if del Toro is keen to underline that the title has not yet been defined.

Netflix struck a blanket deal with the Mexican filmmaker in August 2020. And in recent days, del Toro teased that one of his upcoming projects with Netflix will be a monster movie. However, it was not he who revealed that he will focus on the famous monster born first in literature and then become the protagonist of many adaptations on the screen: it was the composer Alexander Desplat who spolierarlo, as we will see in the next paragraphs.

It seems that Oscar Isaac will be the protagonist

Oscar Isaac is currently one of the most sought-after actors in Hollywood, returning as he is from the success of Dunes And Moon Knight. It is therefore no wonder that the director of Shape of water wants him as the protagonist, probably as Doctor Frankenstein.

Oscar Isaac would be “in talks” with Netflix to get a role in the film, although for now nothing has been confirmed by either the director or the actor.

The words of Guillermo del Toro

Speaking on the podcast of the Variety Awards, Guillermo del Toro expressed the following words regarding his next project. “Well, I’m working on a monster movie. I can’t say the title because it could change and I might end up doing something else. But right now, I’m writing and designing. And we’ve done that for the past two years. I hope it will be next, but anything can happen ”, these are his rather sibylline words.

But in a recent interview it was the composer Alexander Desplat who revealed the mystery, explaining what that “monster movie” consists of: Desplat stated that it is Frankenstein the movie that will be released soon.

It seems that del Toro has many collectibles of Boris Karloff as Frankenstein’s monster, further confirmation of his real obsession with Doctor Frankenstein and his creature.
Though the Mexican director has said he’s been thinking about making his own monster movie since childhood, the adult del Toro has been planning it for just over a decade.
Already in 2018 he was one step away from finally seeing his dream come true, but Universal Pictures immediately shelved the project because at the time the monsters were a bit too inflated at the box office.

The Myth of Frankenstein

It is one of the most famous gothic, horror and science fiction novels. It was composed between 1816 and 1817, when the English writer was 19 years old.
It was published in 1818 and edited by the author for a second edition in 1831.

It tells the story of Doctor Victor Frankenstein and his creature, often referred to as Frankenstein’s monster, even if by now – erroneously but so rampant that it is certified as such – the monster itself is called Frankenstein, with the surname of its creator .
The myth of Frankenstein has been very successful because it has its roots in one of the most horribly pulsating human fears: the terror of uncontrollable and uncontrolled technological development, a development that can destroy us. In an era in which the terror of the atomic bomb is making itself felt again in an alarming way, Frankenstein’s monster becomes a symbol, as well as a warning perhaps…
Not only is the fact that an era has begun in which the atomic bomb returns to the fore among the worst nightmares of viewers proves to be fertile ground for a film about Frankenstein: the attraction for diversity is also.

The viewing record recorded by the television series Wednesday demonstrates how the different fascinates, so the clear example of the different can only make big numbers at the box office.