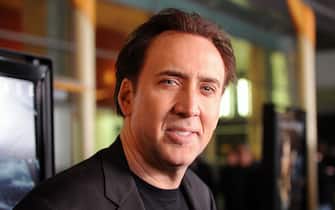 Born in 1964 in Long Beach, California, Nicolas Cage turns 56 on January 7. A world-renowned actor, he has starred in dozens of highly successful films. And also in 2019 he appeared in three films

Born Nicolas Kim Coppola, he is the son of professor August Coppola and dancer Joy Vogelsang, as well as the nephew of director Francis Ford Coppola and actress Talia Rose Coppola

As a young man, Cage decides to take on a stage name to try an acting career without being burdened by the weight of a surname so well known in the world of cinema

Nicolas is a great fan of comics and the choice of the new surname is linked to Luke Cage, a character created in 1972 by Marvel Comics

His film debut was in 1982, with Out of mind by Amy Heckerling. The first prominent role, however, comes the following year with Rusty the Wilddirected by his uncle Francis Ford Coppola

In 1995, at the age of 32, Nicolas Cage earned the Academy Award for Best Actor in the film Out of Vegas by Mike Figgis. The interpretation also earned him a Golden Globe

The Oscar is a family affair. Uncle Francis Ford Coppola won six. But her cousin Sofia Coppola also won one, in 2004 for the screenplay of Lost in Translation

That Oscar remains the pinnacle of Cage’s career, even if he will receive another nomination for best actor (in 2003 for The Orchid Thief) and three other Golden Globe nominations

The best films of Nicolas Cage

He also has seven nominations for the Razzie Award, the “recognition” given every year to the worst in Hollywood

Nicolas Cage also ventured into the role of director for a single film, in 2002. The film, entitled Sonnystars a young James Franco as the protagonist

Much more prolific was his career as a producer: 12 films, between 2000 and 2012, in which Cage was also among the leading actors

In 2018, numerous British and US newspapers reported the indiscretion according to which Cage, in the previous seven years, would have managed to squander almost all of his $ 150 million assets

The actor did not even miss the troubles with the tax authorities (in parts due to previous financial vicissitudes). In 2015, he paid $96 million into US public coffers

Nicolas Cage has been married five times. The third with actress Alice Kim (pictured). In 2014 he became a grandfather, thanks to his eldest son Weston, born in 1990 from a relationship with model Christina Fulton. In addition to Weston, Nicolas Cage has another daughter, Kal-el, from his third wife, whom he divorced in January 2016

Sofia Coppola returns with La Traviata to the Rome Opera

On March 23, 2019, Nicolas Cage married makeup artist Erika Koike in Las Vegas. She seems to have been a marriage daughter of alcohol. After four days the divorce procedure had already started

Face/Off, Nicolas Cage in talks for the new film

From this union, in September 2022, the daughter August Francesca Coppola Cage was born

Nicolas Cage in negotiation for the Mystery of the Templars 3

Renfield, the trailer of the film