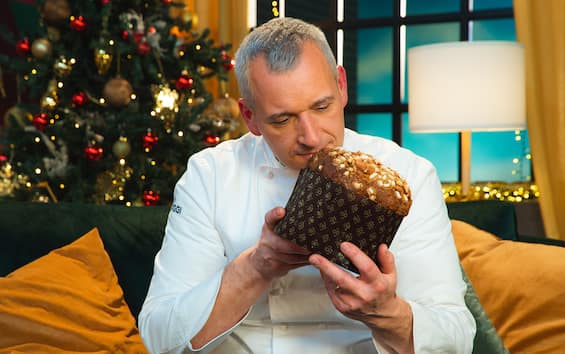 The fourth edition of Happy Christmas Happy Panettone – with Panettone Artists -, the event open to the public and free which celebrates the artisanal panettone, sweet symbol of Christmas, organized by Confcommercio Milan – with the Altoga association and the CAPAC Polytechnic of Commerce and Tourism – with the support of Milan fair and the collaboration of Food Media Factory, MNcomm, APCI-Professional Association of Italian Chefs. The event is sponsored by the Lombardy Region, the Municipality of Milan and the Milan Monza Brianza Lodi Chamber of Commerce.

a two days in sweetness

Two days of mouth-watering appointments for the public, on 3 and 4 December, at Palazzo Castiglioni (corso Venezia 47), headquarters of Confcommercio Milano. The Palazzo, artistic manifesto of Milanese Liberty, will be open to the public for the occasion. The fifth edition of Panettone Artists which, on 4 December, will involve the public of enthusiasts first with the awarding of the competition of the same name (12 noon) and then with free tastings of artisanal panettone starting at 2.30 pm.

From breakfast to lunch, from snacks to aperitifs, a day punctuated by talks and tastings that offer a foretaste of the flavors of Christmas, in the company of great chefs who know how to tell the story of cooking with their dishes. It starts at 10:30 with the “Christmas breakfast” edited by Cafe Scala, which anticipates the inauguration of the event scheduled for 11.15. At 12 the chefs of APCI – Professional Association of Italian Chefs – will be the protagonists with three different variations of the “Festive Menu: traditional, innovative and vegetarian”proposed by starred chefs and names of the best Milanese and Lombard cuisine, who will bring a course from each menu for tasting. Massimo Moronipatron chef of the Sette Cucina Urbana restaurant in Milan, with Albert Laterza And Lorenzo Buraschi will present to the public the Traditional menu. The starry Joseph Postorinochef of the Alchimia restaurant in Milan e Theo Penatichef of the Pierino Penati restaurant in Viganò Brianza will offer the Innovative menu. To create the Vegetarian menu they will be Robert Di Pintochef of the Sine Restaurant in Milan e Christian Welcome, chef of the La Filanda restaurant in Macherio. To conclude on a sweet note there will be the tasting of the proposals for the festive table with the tasting of the Christmas dessertwith the “Panettone Praline” signed by the maître chocolatier David Comaschi.

It continues at 14.30 with the “Advice under the tree on healthy eating and correct lifestyles” edited by Clare Matilde Ferrarinutritionist biologist of the scientific supervision of Foundation

Umberto Veronesi. Volunteers of the Foundation will be present from 11 to 17 for the sale of the “Panettone for research”. The proceeds will go to support the work of the best researchers committed to finding innovative treatments and therapies for children and adolescents with cancer. At 15 the appointment is with “Christmas at the Manzoni house” together with the writer Marina Marazza who will tell the public about the Milanese culinary tradition on the table of the author of the Promessi Sposi. Event in collaboration with Malvida srl. On the subject of sustainability, at 4 pm the protagonist will be the “Anti-waste Festive Dessert”, the Carsenza, mentioned by Manzoni himself in many of his writings. APCI chefs Vincenzo and Salvatore Butticè of the Il Moro restaurant in Monza and the boys of CAPAC they will present and let you taste their version of the ancient dessert of the Milanese peasant tradition made with recycled ingredients.

The afternoon continues with a snack with samples of panettone from some Panettone Artists whose team is led this year by the reigning champion Louis Biasetto and is made up of pastry chefs: Andrea Besuschio, Francesco Borioli, Lucca Cantarin, Salvatore De Riso, Santi Palazzolo, Giuseppe and Prisco Pepe, Mattia Premoli, Roberto Rinaldini, Paolo Sacchetti, Vincenzo Santoro, Andrea Tortora, Vincenzo Tiri, Carmen Vecchione and Andrea Zino. In the evening, the aperitif open to the public will conclude the day joyfully. A gastronomic proposal by the APCI chefs will be offered for tasting Fabio Zanetellotechnical chef of Medagliani, Sarah Precerutichef of the Acquada restaurant in Milan e Andrea Provenzanichef of the Il Liberty restaurant in Milan. Toschi Vignola will offer special cocktails.

For the whole day, the public will be able to taste coffees and cappuccinos from the roasting company Mokitoadmire the beautiful “Christmas Table” created by Alessandra Pirola Baietta & Caffè Scala at the foot of the Liberty staircase of Palazzo Castiglioni and receive the “Christmas Foody Bag” from ReBox.

Artists of the Panettone – December 4th

Event within the event, Panettone Artists is the competition organized in partnership with La Gazzetta dello Sport. The number one in the Gazzetta ranking enters the final competition, which award ceremony takes place on Sunday 4 December at 12.00. President of the Jury Luigi Biasetto, winner of the 2021 edition. Together with him to evaluate the panettone of the Panettone Artists, in the classic Milanese version without icing, journalists and experts in the sector. Announcements of this edition the recognition also for the best pastry chef under 35 with its traditional panettone.

What panettone are you from?

From 14.30 to 17.30 an experiential journey through the different variations of Christmas artisan leavened products: traditional, chocolate, coffee, pistachio, dried fruit, berries, with icing, are just some of the delicious proposals available, in free rotation for everyone i “Panettone lovers”, in the spaces of Palazzo Castiglioni set up for a party. The outsider? Obviously pandoro!!

Artisti del Panettone is also a television formatproduced by Food Media Factory and Level 33, with four Christmas specials, of 25′ each, scheduled from 19 to 22 December at 17:00 on Sky and streaming on NOW. With the role of landladyClare Maci, presenter and writer, accompanies viewers on a gluttonous journey to discover the Christmas sweets created in each episode by the Panettone Artists. The pastry chefs offer simple recipes to make at home to amaze their guests with perfect cakes and desserts to bring to the table during the holidays.