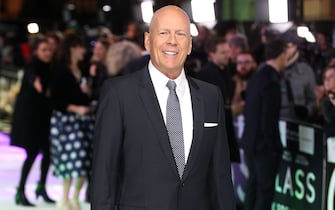 Bruce Willis interprets Donovan Chalmersthe protagonist of the film Hard Kill. A group of terrorists is using a computer program to wreak havoc, so Chalmers decides to take action to stop them with the help of a group of ruthless mercenaries

Hard Kill is the last film released in theaters in which Jesse Metcalfe he worked. She plays the role of Derek Miller

From Die Hard to Armageddon, Bruce Willis’ career in 15 photos

In addition to working in the entertainment world, Natalie Eva Marie she is also an established wrestler. In Hard Kill has the part of Sasha Zindel

Known for being the face of Marcus Forrester in Beautiful, Texas Battle in Hard Kill is Nick Fox

The Raiders, the cast of the film with Bruce Willis

The actor of Italian origins Sergio Rizzuto has the part of The Pardoner in Hard Kill.

One of the most experienced faces in the cast of Hard Kill, Leslee Emmett has the part of Crystal