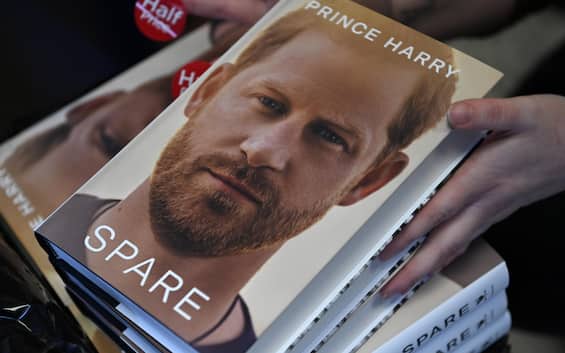 It was highly anticipated and, now that it has hit shelves worldwide, Prince Harry’s book, Shoot, is already synonymous with records: it sold over 400,000 copies on its first day in bookstores, becoming the fastest-selling book in the UK in the non-fiction category. Larry Finlay, managing director of Transworld Penguin Random House, which is the publisher of the text, said: “We always knew this book would soar in sales, but it’s exceeding even our wildest expectations. As far as we know, the only books that have sold more on their first day, are those that had the other Harry (Potter, ed) as the protagonist”.

The revelations: from quarrels with William to drug use

The memoir – 540 pages, released simultaneously in 16 different languages ​​- had caused much talk in the weeks leading up to its debut which took place yesterday, Tuesday 10 January, fueling curiosity around the book. The content certainly contributes to the sales success: Harry in his autobiography tells hitherto unknown details about life in the British Royal Family. In one passage he claims that his brother William physically attacked him. While in another he accuses his father, King Charles III, of having put his interests before all else. But there are also passages about Harry himself, from drug use to missions in Afghanistan as a soldier, where he admitted to killing 25 Taliban.

The impact of the book

As you remember the Guardianfor the output of Shoot, bookstores in the UK opened very early yesterday, but large queues still formed on the streets. Despite the sale price being set at £28, as he explains Sky News, many shops are selling the book at half price. Philip Jones, site editor Booksellerhe explained that Shoot “is on course to become one of the year’s top books, both in terms of sales and impact” for what it reveals.