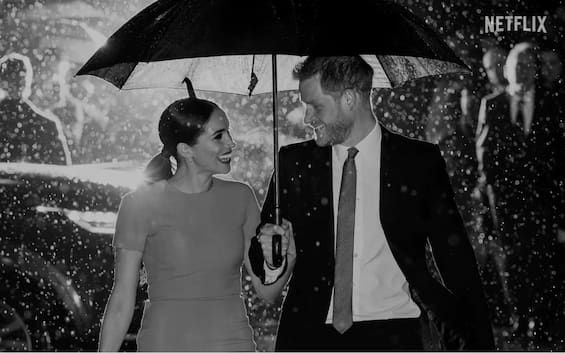 Now it’s official: the Harry and Meghan docuseries is about to arrive on Netflix, also visible on Sky Q and via app on the NOW Smart Stick. There is still no definitive date but a rather eloquent “coming soon” launched directly by the streaming giant on its Twitter profile. To accompany the tweet, the trailer that shows images of the dukes of Sussex in some moments of their history and gives their voice the task of telling the facts and providing the reasons for their choice. You can see the trailer for the series in the video at the head of this article.

Harry wished he could delay the exit

The documentary on Harry and Meghan therefore arrives as expected, despite attempts to postpone its release after the death of Queen Elizabeth and the desire expressed from the beginning by the couple that the streaming could be postponed to 2023, when they would officially be released. the celebrations for the Jubilee of the Queen concluded. The series risks embarrassing the royal family in a particularly delicate moment, just three months after the death of the Queen, Harry’s “beloved grandmother”, and with King Charles who will immediately have to defuse his first sovereign bomb.

ANOTHER SCANDAL AT THE COURT?

On the other hand, the Windsors are now accustomed to media events that expose their family problems in public. A tradition that began with Diana’s biography and interview with the BBC, also recently told by Netflix in the fifth season of the series The Crown. Harry and Meghan officially left the royal family, following in the footsteps of Edward VIII, Elizabeth’s uncle who even went so far as to abdicate the throne in favor of his brother George VI in order to marry the divorced and middle-class American Wallis Simpson.

The docuseries, which promises new burning revelations from the Dukes of Sussex about how they felt treated and marginalized by the royal family, will bring the couple 150 million euros. In fact, Netflix would have spent so much to be able to grab the rights to their story. Harry’s scruples and the desire to distance the exit of the series from Elizabeth’s death as much as possible therefore seem to have gone in vain. And soon, Netflix subscribers around the world will be able to enjoy this new show about the secrets of the most talked about royal family on the planet.