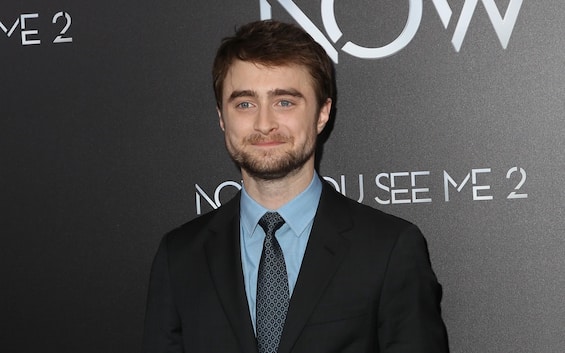 Daniel Radcliffe has always had a soft spot for Cameron Diaz. A first confession of his passion for the star of All Crazy About Mary had even arrived as early as 2014, when the actor revealed that he had long kept the photos of Diaz and Drew Barrymore attached to the wall of his bedroom. Today, several years later, he is however Redcliffe’s friend and colleague Tom Felton to reveal an anecdote that perhaps should have remained in the “chamber of secrets” of Hogwarts:

without the lead actor’s giant crush on American stardom, Quidditch matches might have looked a lot less credible too.

Let’s start from the beginning. Despite playing the nemesis of Daniel Redcliffe’s character, the evil Draco Malfoy, Tom Felton immediately bonded with the Harry Potter actor. Theirs is a solid friendship, cultivated over the years they were engaged in the series together. Years in which there was no shortage of out-of-program and even complicated moments.

As Felton recounts in his autobiography Without the wand. Enchantment and curse of a magician’s adolescence, some scenes were particularly difficult especially for very young actors like they were at the time. An example in this sense was represented by the flight scenes on the magic broom, which in reality was a metal pole equipped with a bicycle saddle not too comfortable according to the author of the book. The actors had stirrups on their feet, were tied to the pole and had to wear a harness to avoid taking risks. Once secured, the film counterparts of Harry Potter and associates were then thrown in all directions by a special device that operated while a fan pointed in the face of each performer simulated the effect of the wind. To further complicate the situation there were finally the instructions to follow to actually make the scene work. This is where Cameron Diaz came in, or at least a photo of him.

As on the set of many other films of the time, even on that of the first ones Harry Potter the expedient of the tennis ball was used. The object was attached to a pole which was then moved in the direction of where something would be added in post-production. It was a simple idea but in the end it was fundamental to ensure that the actor never lost the continuity of the line of sight. Felton sums it up like this: “When the first assistant director yelled ‘Dragon!’ or ‘Bolide!’ you had to look at the tennis ball as if it were, well, a dragon or a Bludger, in fact ”. The problem with films like those of the boy wizard was that you almost always had to imagine different things in the same scene and they could not all be replaced by actually identical tennis balls, otherwise Harry Potter would have risked looking at a chocolate girl with the same terrified gaze as when he crosses paths. Voldemort. To overcome the problem, the crew of the film therefore thought of helping the actors in a very intuitive way: each would replace the balls with images of something that was close to their hearts. It was at that point that, according to Tom Felton’s story, Daniel Redcliffe came up with the idea of ​​the century: replacing the yellow curves with the best shots of his celebrity crush. The gimmick worked great, although it is a bit strange now to think that Redcliffe’s astonished face was somehow “boosted” by Cameron Diaz’s graces. At this point you are wondering: what about Tom Felton? What provocative image did Draco Malfoy choose to avoid loss of concentration? A shot of Penelope Cruz or maybe one of Natalie Portman? Nothing like it. Tom Felton baptized the photo of a carp as a reference on the set at the time and still today he says he is convinced that he made the “best possible choice”. Without taking anything away from Cameron Diaz, given the performance of the English actor it must have been a carp with a remarkable sex appeal.