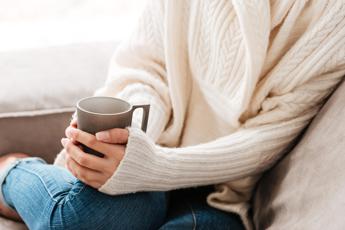 The specialist: “Women most affected by the disorder which remains the first reason for a gastroenterological visit”

Abdominal pain, meteorism, alteration of the alvo, diarrhea alternating with constipation: these are just some of the main symptoms of irritable bowel syndrome, also known by the English acronym IBS, i.e. Irritable Bowel Syndrome, improperly called colitis. A disorder that in Italy affects “10-15% of the population, mainly women (with a ratio of 2 to 1 compared to men) – says Patrizia Burra, full professor and director of the School of Specialization in Diseases of the Digestive System of University of Padua – This often debilitating condition falls on the list of functional disorders of the gastrointestinal system. This means that there is no underlying organic disease responsible for irritable bowel syndrome. The patient reports that the abdominal discomfort, typical of a hypersensitive bowel, usually resolves after evacuation. Symptoms include meteorism, abdominal cramps, diarrhea and constipation: all signs that can become accentuated during the menstrual period “.


The most affected are women. “According to a recent study, 12% of the population – emphasizes Burra – is interested in this disorder which is the most common indication at the first gastroenterological visit and one of the most common indications for which the patient turns to his general practitioner. the economic impact in the health sector that the disturbance can cause is decidedly considerable “.

According to the expert, there are also correlations from an environmental and geographical point of view: “In Italy and in Western countries – explains Burra – the ratio is 2 to 1 to the detriment of women. But in countries such as India and Sri Lanka the relationship is exactly the other way around. Therefore, another factor must also be considered: the number of times the patient goes to the doctor for this disorder “.

Irritable bowel syndrome manifests itself for several factors: “First of all – the gastroenterologist points out – the brain-gut axis must be considered, so there is a connection between brain function and visceral sensitivity. In the patient with irritable bowel syndrome a stimulus in the brain can translate into intestinal hypersensitivity through the nerve endings of the autonomic system “.

A stressful event, a cause for serious concern, triggers this condition. Not only. There are also other factors, such as “the association of irritable bowel syndrome with other diseases of the gastrointestinal tract, for example dyspepsia”, a sensation of pain or discomfort in the upper parts of the abdomen, described as indigestion, presence of gas, early satiety. “Therefore, irritable bowel syndrome is not always an isolated disorder.”

Nutrition is fundamental. “The correlation between diet and irritable bowel syndrome is the subject of study and research – Burra points out – The Fodmaps diet (acronym for fermentable oligosaccharides, disaccharides and monosaccharides and polyols) consists of foods with the presence of sugars, for example those present in fruit, some types of vegetables, cereals and legumes, which can trigger abdominal pain and bloating “. So “these foods – as well as milk and its derivatives – must be eliminated from the diet for a few months and then, based on the symptoms, it is possible to reintroduce one food at a time and assess whether the symptoms recur”.