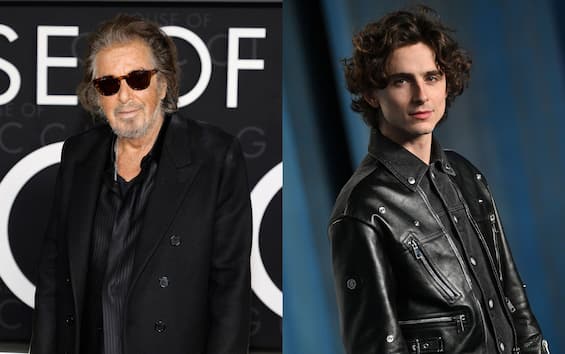 Who could star in Heat 2, sequel to the famous film with Al Pacino and Robert De Niro? The famous actor of Scarface has clear ideas: his role should go to Timothée Chalamet.

Heat 2from book to film?

Tribeca Film Festival 2022 celebrated the 25th anniversary of Heat – The challenge, after a two-year delay caused by pandemic restrictions. The event was attended by producer Art Linson and the stars Al Pacino and Robert De Niro while the screenwriter and director Michael Mann, who tested positive at Covid, was not present. An opportunity to talk, too, about Heat 2, the novel Mann wrote with author Meg Gardiner, due out in August. The book, which marks the director’s debut as a novelist, is classified as both a sequel and a prequel to the events of Heat, where Al Pacino plays police lieutenant Vincent Hanna and De Niro the criminal Neil McCauley. Speaking to Tribeca about a possible cinematic sequel, Al Pacino talked about who could play the role he was in the 1995 film. “Timothée Chalamet. I mean, he’s a wonderful actor. A great aspect ”, declared the star. “I’ve been wanting to tell more stories for a long time Heat”Revealed Mann a Deadline in early 2022, “there was always a rich history or background to these people’s lives before 1995, but also an idea of ​​what would happen next.”

Heat – The challenge is a 1995 film written and directed by Michael Mann with Al Pacino, Robert De Niro and Val Kilmer. The story takes up the events of the television film You’re alone, Agent Vincent directed by Mann himself in 1989. At Tribeca Pacino and De Niro were able to tell curiosities and anecdotes about the film. “People often ask me what it’s like to work with him – explained Al Pacino, pointing to his colleague – ‘You can do anything with Bob‘, I answered. No matter what you do, he will listen to it and connect. That’s the real luxury of working with him. Because regardless of what you do, he is always ready ”. Mann, for his part, stated how the film was designed for the two stars of Hollywood. “If you read the story, it immediately seems to refer to Al and Bob. It was almost designed for actors of this extraordinary level, who made everything so much easier ”.