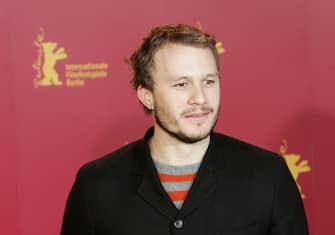 It’s been 15 years since death of Heath Ledger. The talented actor, born in Perth, Australia on April 4, 1979, is died in New York on January 22, 2008 at just 28 years old, due to a drug overdose. In his short and fulminant career he played several unforgettable roles making himself known as one of the most popular actors of his generation. Here are all of his films

After the debuts with small roles in TV seriesthe first major part is in the US show Roar which opens the doors of Hollywood cinema to him. Thus he gets the role of Patrick Veronathe co-star in the romantic comedy 10 things I hate about youalongside Julia Stiles

Also in 1999 he was the protagonist of theacclaimed Australian film Two Handsdirected by Gregor Jordan. He plays Jimmy, a young man who gets caught up in the illicit trades of a Sydney criminal gang

Roland Emmerich in 2000 he entrusted him with one of the main roles in the blockbuster The patriotchoosing him from over 200 candidates for the part. Ledger plays Gabrielthe son of Benjamin Martin (the protagonist Mel Gibson), who enlisted in the war following in his father’s footsteps, proving his worth in the battles of the US War of Independence

In 2001 he is William Thatcher in the film A knight’s fate, directed by Brian Helgeland. Ledgers plays a humble squire who aspires to be a knight in the Middle Ages. In the same year she does not get the lead part in Moulin Rouge! (went to Ewan McGregor) but at the tryouts knows Jake Gyllenhaalwith whom he establishes a great friendship

In the award-winning Monster’s Ball it’s Agent Sonny Grotowski, son of the protagonist played by Billy Bob Thornton. In 2002, however, has the main role in the historical blockbuster The four feathers

He reunites with Gregor Jordan on film Ned Kellyin which he interprets the famous Australian outlaw of the late nineteenth century. During the filming of this film he knows Naomi Watts with whom he began a relationship that lasted about two years

Naomi Watts and Heath Ledger, the most beautiful photos together

In 2003 the director Brian Helgeland she wants him again as the protagonist for her project The Sect of the Damneda kind of dark horror shot almost entirely in Rome, in which Ledger is Alex Bernier, a young New York priest belonging to the Carolingian order who goes to Italy to investigate the mysterious death of his mentor Father Dominic

In 2005 he leads the young cast of Lords of Dogtown interpreting skipan eccentric shopkeeper with a passion for surfing and skating. Even in reality Ledger was a great lover of these two activities and then said that filming the film was among the most enjoyable of his career

In the same year Ledger was in theaters with three other films, all presented at the Venice Film Festival. The first is The Brothers Grimm and the Charming Witchimaginative rereading of Terry Gilliam of life and fairy tales created by the German brothers (in the film played by Matt Damon and precisely Ledger)

In Casanovaby Lasse Hallström, is the protagonist giving the face to famous Venetian seducer and writer James Casanova. The film was shot almost entirely in the lagoon city and in Vicenza. Also cast alongside him Sienna Miller and Jeremy Irons

The international success but comes with Brokeback Mountain. His character is Ennis del Mar, a young man with an introverted character who finds employment as a shepherd in Wyoming in the 1960s and falls in love with colleague Jack Twist (Jake Gyllenhaal). The film wins the Golden Lion at Venice and for Ledger the Best Actor nominations at the Oscars, Golden Globes, Baftas and SAG awards. On the set he knows Michelle Williams who becomes his partner: the two have a daughter, Matilda Rose, born in 2005

Despite international fame, Ledger continues to favor atypical filmssuch as the small Australian production Heaven + Hellwhich was released at the 2006 Berlin Film Festival. Here he plays a young man addict grappling with a tormented love story

Ledger takes one break from the cinema to be with his daughter recently born and returns to the set in the ensemble film I’m not here (I’m Not There)biographical mosaic of various stages in the life of Bob Dylan. He plays Robbie Clark, representation of the Dylan of the period Blood on the Tracks, when he was divorcing his first wife Sara. The film received numerous awards (including the ex aequo Jury Prize in Venice and the Volpi Cup for Cate Blanchett)

Christopher Nolan choose it as Joker neither The dark Knight. His portrayal of the Batman villain, from the voice to the walk to the way he laughs, has become iconic. Ledger died on January 22, 2008, after filming was completed, but before the release of the film. The actor received many posthumous awards: from the Oscar for best supporting actor to the Golden Globe

Heath Ledger, first Oscar for the role of Joker

Before dying, Ledger was shooting Terry Gilliam’s new film: Parnassus – The man who wanted to deceive the devil. He had the lead role Tony. The director and the production decided to finish the movie anywayalso as a tribute to the late actor. It was therefore chosen to have Ledger’s missing scenes interpreted by three different actors (Johnny Depp, Jude Law and Colin Farrell) using the magic mirror screenplay trick