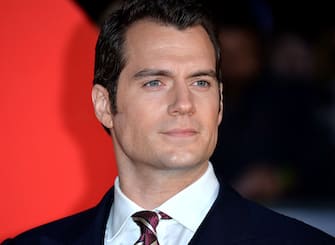 Henry Cavill has just confirmed his return as Superman, to the delight of fans of both (actor and character)

WATCH THE VIDEO: Henry Cavill will return to take on the role of Superman

Henry William Dalgliesh Cavill was born in Saint Helier on May 5, 1983. He is one of the most popular British actors of today.

He has starred in many successful films, including Montecristo, Tristano & Isotta, Stardust And Immortals

All news about Cavill

In 2009 he was directed by Woody Allen in the film Just let it work. He plays Randy James

Become an international star in 2013, thanks to the role of Superman in the films of the DC Extended Universe

In 2018 he starred in Mission: Impossible – Falloutalongside Tom Cruise in the role of August Walker

Henry Cavill was born on the island of Jersey in the Channel Islands. He is the fourth of five siblings

As a child he immediately approached acting. But he claimed that if he hadn’t become an actor he would have joined the army

Cavill also said that if he hadn’t started acting and military careers he would have attended university to study ancient history, particularly Egyptology.

He also speaks French and Spanish very well, as well as his mother tongue (English). In an interview for Sky Cinema during the presentation of the film The man of Steelin the Sky Cine News column, said he spoke Italian, although not very well

In the same interview for Sky Cinema he stated that he had lived for some time near Rome, in Monterotondo