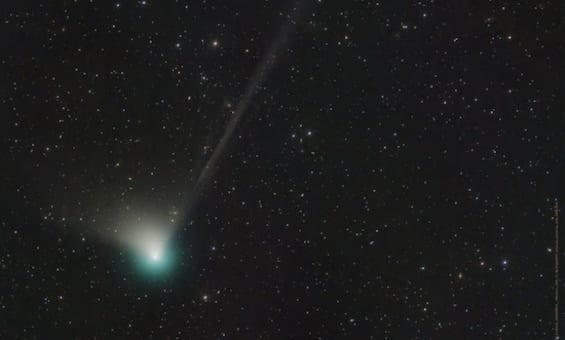 Also known as the “Neanderthal comet” because the last time it showed up was 52,000 years ago in the Paleolithic era, comet C/2022 E2 ZTF will return to cross the sky these days. Just use ordinary binoculars, preferably away from city lights and the disturbance of the moon, to admire it in all its splendour.

How and when to observe it

The tricks for a correct observation were revealed by the astrophysicist Gianluca Masi, head of the Virtual Telescope Project, who will organize two observing sessions on January 13 and February 2: “It is expected that the comet will slightly exceed the threshold of visibility to the eye naked when it will reach its closest point to the Sun on January 12, while it will be closest to the Earth on February 1 at 18:11, thus becoming barely observable without instruments under really dark, clear and starry skies,” explains Masi.

On the other hand, at Italian latitudes, in the days of maximum splendor between the end of January and the beginning of February, the comet will be circumpolar, i.e. visible all night above the horizon. The real limit will be represented by the interference of the Moon, which will be particularly intrusive in the key evenings.