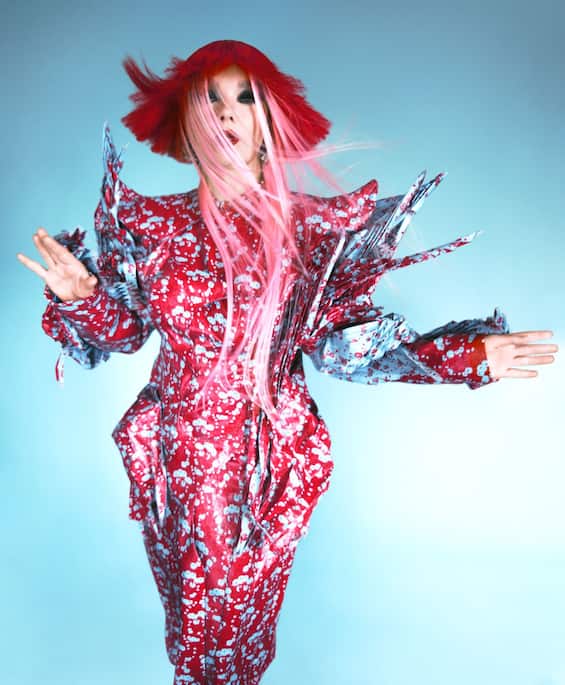 The art of knowing how to listen to the future. Björk, a visionary and futuristic artist, observes the present, makes it his own and enriches it, transforming it into the future. She discovers and experiments, creating sounds that conform precisely to her idea of ​​music, which must be a continuous research and experimentation. And that’s what she does too Fossorahis tenth studio album, in which – also thanks to the collaboration of Gabber Modus Operandi – he ranges from punk to electronics, from hardcore to noise.

“Creating a sound world in which I tell myself”

“The conclusion I have come to is: to create a truthful sound world, in which I can demonstrate the authenticity of my roots, which is what I am. In Fossora I did just that. The fact that it took me five years to make this album also gave me more ease to develop each song, each arrangement longer and not force anything, ”he told us in a telephone interview. We talked with her about this new album, which arrived five years later Utopia and written during the pandemic. But also of the choice to include the children in this project, to get naked with feelings. And of his musical identity, so well defined but at the same time evolving. Björk, if we think about it, could be a genre of music.

She wrote: “Every album always starts with a feeling that I try to transform into sound”. Tell us a little more about this album, and what it was like working on it …

My latest album Utopia it was a very mature album. I have always defined it as a creation made in the clouds, with elements like flutes and synthesizers that create sounds without gravity or expectation. With Fossora I wanted to go back to earth, feel the force of gravity. Let’s say we can say that Utopia it was a time of ideas, but Fossora it is an album of execution, concrete. It all happened in perfect times, during the pandemic, when we were stuck at home for years, in our neighborhoods, and returning to our roots has never been stronger. Like going out with friends, family and enjoying your country, habits and so on to the fullest. So yeah, this album is really about the pleasure of staying at home, love and realizing that everything you need is right next to you.

“It’s important to be honest”

He also created the title of the album: Fossora it means “she who digs”. How important is it for you, musician and artist, to continue to delve into music and new atmospheres to experiment and create?

I think, as a singer and songwriter, it’s important to be honest about what you are experiencing and going through. Life goes on with all the changes, whether you like it or not. You can try to control them, but it’s almost never possible. I think as a songwriter it is important to read all the changes around me and, of course, it is essential to be consistent with your ideas.

A letter to the mother, the voices of the children: the particularities of Fossora

Fossora has tender songs written for her mother, a poem by the 18th century fisherwoman and wanderer Látra-Björg, the buttery voice of Serpentwithfeet and chants of Sindri, her son and Doa, her daughter. What was the experience of all working together?

For the past three years I have stayed in Iceland: having all the people I care about all next to me was something beautiful. I think my family has never been so close. I loved it and it was very natural to include those people, including my children, on the album. I also worked with Serpentwithfeet, one of my best friends in New York, with whom we had worked at Utopia. So we’ve had some recent connections. Emilie Nicolas is an artist I’ve listened to a lot recently and it was very natural to ask her to collaborate. Kas is an Indonesian techno producer that I’ve listened to for a long time, and asked for a collaboration. On this album, overall, there are fewer guests than on my previous records. I just wanted to be at home, with my friends and family

Listen and enhance all the sounds

Nowadays, we are surrounded by so much with so many different sounds. How important is it to keep your identity as a musician?

The conclusion I came to was trying to create a truthful sound world, in which to make my roots authentic, or to tell what I am. In Fossora I did just that. The fact that it took me five years to make this album also gave me more ease to develop each song, each arrangement longer and not force anything. And then listening to everything around us is essential. For example: I like to live in a place like Reykjavik, in Iceland, where you live in nature, I live on the beach, you can hear the sounds of the wind, of nature. But there are also the sounds of the cities. Well, as a 21st century folk musician, I think it is right to enhance these sounds too.