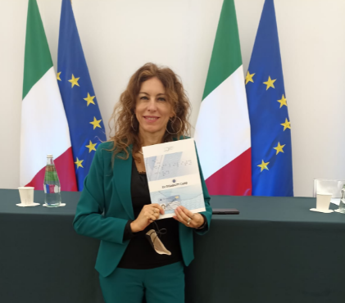 The disability card “replaces all paper documents, thus defeating bureaucracy” to look to a “future aimed at simplification and digitization, it is a card that can be used throughout Europe”. The minister for disability said so, Erika Stefani, presenting the disability card at the multifunctional hall of Palazzo Chigi, together with the president of INPS, Pasquale Tridico. In the audience also the leader of the League, Matteo Salvini, together with the many representatives of the disabled associations.

“There will be – says Stefani – facilitated access to goods and services, on the various memoranda of understanding that will be activated from now on”. “We are facing an open project, which responds to a need for the future”. For Stefani “disability is no longer welfare, it becomes an integral part of our system, no longer a pietistic theme”.

The disability card touches a very important audience, it will be sent home, the card is a container, the qr code is a living object, it is about “giving help” to about six million people “, added the president of the Inps, Pasquale Tridico, explaining that “even after Covid” there has been an increase “in the number of people affected by disabilities, which number about 4 million”.

With the card we take “a step forward for the simplification of life for all disabled people, not only in Italy but also in Europe – explained the number one of INPS -. Those interested can ask for the cards from 2022 on the website of the Inps, through a simplified procedure “.