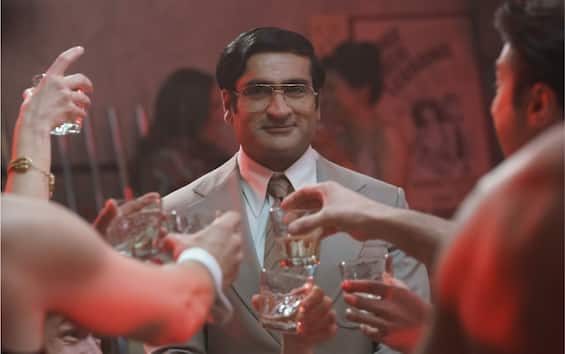 Meet the Chippendales is the title of the new true crime series inspired by true events coming to Disney+ l‘January 11, 2023 (also visible on Sky Q and via the app on the Now Smart Stick). Disney has released a collection of new character posters of the series of eight episodes produced by 20th Century Fox that suggest a pop, glamorous and vintage style of the story. Written by Robert Siegel, Rajiv Joseph and Mehar Sethi, Introducing The Chippandales promises thrills, music, intrigue and eccentric and diverse interpretations.

Meet the Chippendales: What is the series about?

The new series Meet the Chippendales tells the scandalous story of Somen “Steve” Banerjee, an Indian immigrant who became the founder of the largest empire of strippers in the world. Banerjee had a project in mind and he didn’t let anything or anyone stop him, reaching his goal.

Who are the real Chippendales?

In the United States the Chippendales have been a well-known stripper group for the shows of burlesque started in 1975 in a bar in Los Angeles with a uniform that always included a black bow tie, collar and shirt cuffs on a bare and muscular chest. Today they perform in a $10 million theater built for them inside the Rio All Suite Hotel and Casino in Las Vegas.

The cast of Meet the Chippendales

After the success of The Big Sick Kumail Nanjiani is the protagonist and executive producer of the series Meet the Chippendalesand the rest of the cast includes Murray Bartlett (The White Lotus), Juliette Lewis and Annaleigh Ashford, with recurring guest stars Quentin Plair, Robin de Jesús, Andrew Rannells, as well as Nicola Peltz Beckham and Dan Stevens.