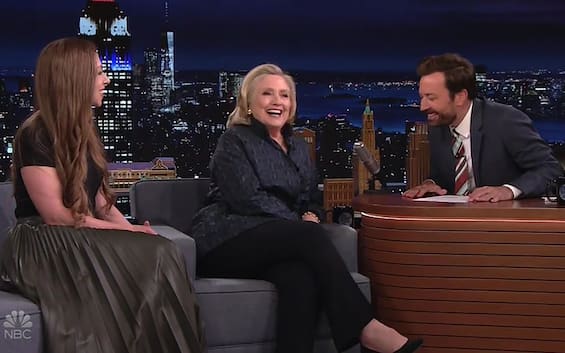 Guest at Jimmy Fallon’s “Tonight Show”, Hillary Clinton who told the story of when Chelsea got lost in the Kremlin during a diplomatic trip to Moscow with her husband Bill. The former first lady was answering Fallon’s question about the “craziest memory of a family vacation”. After taking a second to think, she recounted when she and Bill left their daughter in the Kremlin, on an official visit during her husband’s presidential term.

“I hope Chelsea doesn’t remember it because it was quite traumatic,” laughed Clinton, who added: “We took her to Russia when we went on a state visit; there were formal farewells, so Bill and I were ushered into the big presidential limo to head to the airport, not knowing we’d left it behind. I mean, can you imagine leaving your only child in the Kremlin? Especially with everything that has happened? “.

From Moscow they deny

Vladimir Shevchenko, former head of protocol to the first president of Russia Boris Yeltsin, in office during the Clintons’ visit, immediately denied the incident. In fact, to the official news agency Ria Novosti he declared: “I do not remember a case of this kind, Clinton says a kind of nonsense, when he says that 20 years ago his daughter was lost in the Kremlin. We have not recorded such a fact ”.