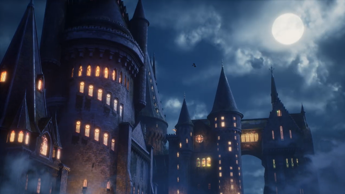 Warner Bros. Games and Avalanche Software have released the new cinematic trailer “The Invitation” for Hogwarts Legacy, the action RPG game set in the Wizardry World of Harry Potter which will arrive on February 10, 2023 on PS5, Xbox Series X|S and PC. The trailer follows an owl carrying the invitation to Hogwarts School as it flies over the castle rooftops and students’ heads in the Great Hall, providing a bird’s-eye view of some of the locations for players to explore. During this castle flight, fans will recognize some familiar names and faces, such as Nearly Headless Nick and Professor Weasley. Developed by Avalanche Software and published by Warner Bros. Games under their Portkey Games label, Hogwarts Legacy is an open world action RPG set in the wizarding world of the 1800s. Players begin their fifth year of school and set off on a journey that will lead them to explore new and familiar environments, discover magical animals, prepare potions, learn spells, develop their talents. The game will release on PS4, Xbox One and Switch later on July 25th.