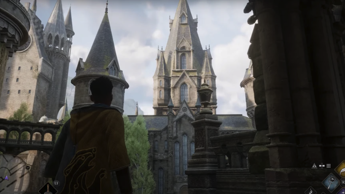 Warner Bros. Games and the developers of Avalanche Software have released an extended gameplay video taken from different game sections of Hogwarts Legacy, the highly anticipated open world RPG set in a nineteenth century Hogwarts, with a completely original story compared to to books and movies. The game will be released on PlayStation, Xbox and PC on February 10, 2023, later for Nintendo Switch. In Hogwarts Legacy we will impersonate a student of the English school of magic who begins his journey as a wizard at 15: it will be possible to choose his traits and immediately after he will be sorted into one of the four houses. In the video you can see the complex character editor, which can be customized in every detail. It will be possible to actively participate in life in the castle, attending the lessons but also exploring it and learning more about magic. The video shows an incredibly faithful reproduction of Hogwarts, with some locations that have never even been seen in the movies. The exploration will be free, in the sense that we will be able to visit the castle in its entirety but also move away from it and visit other mythical places of the magical world, such as the forests, the city of Hogsmeade and the caves of the elves.