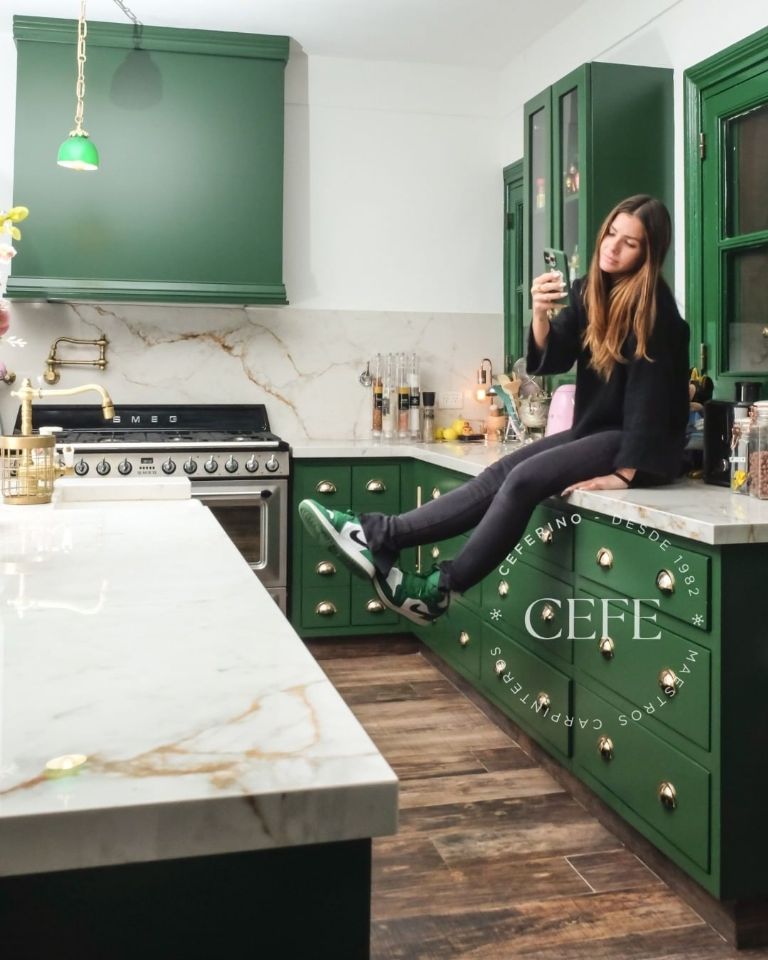 The Argentine actress Maria Eugenia ‘China’ Suarez 30 years old is one of the most followed women of the moment in social networks for her talent and beauty. She accumulates only on Instagram more than six million followers from all corners of the world who do not lose track of her.

The China Suarez shares for them photos of her best looks and poses since several brands have her as the protagonist of their advertising campaigns, as well as postcards of her trips and moments with her children, friends and with her crush, the singer Rusherking, with whom she has been in a relationship for some months.

The truth is that now the China Suarez He also used the little camera social network to show how he remodeled the house he moved to shortly after separating from Benjamin Vicuna. The kitchen is her favorite space as she enjoys healthy food and entertaining her guests.

the kitchen of the China Suarez and marble is the protagonist, on the other hand it has all the carpentry in dark green as well as the undercounter and the windows. The hood of the kitchen appliance is huge and the details of the fittings are golden as they give it a special and distinctive touch.

The China Suarez It also showed the spacious bathroom that features a huge modern bathtub that also houses a retro shower with gold details. In the rooms she used flowery wallpaper in light and pastel tones with floating furniture to keep things in order.