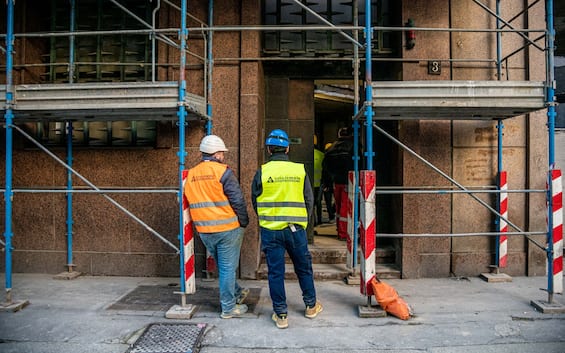 By March, the launch of community regulations on the energy efficiency of homes to reduce consumption and pollution. To adapt, many Italians will have to renovate their homes within a few years, incurring large expenses

If the windows don’t have double glazing, the heating is old, there is no thermal coat and there are no solar panels on the roof, your house pollutes too much and you could soon be forced to call the workers and have to pay for expensive works.

How much the brick pollutes

There are many condominiums and apartments in this situation but it is also estimated that brick is one of the main causes of energy consumption (40 percent) and greenhouse gas emissions in the European Union (36 percent). This is why Brussels is about to launch new rules (the first go-ahead at the end of January and the definitive one in March) so that buildings are less harmful to the environment. Rules that have been softened compared to the first hypotheses but which establish a path towards efficiency which for many Italians could be quite expensive.

The climb to efficiency

According to the latest community draft, by 1 January 2030 all houses must be in class E, to rise to class D three years later and with the final goal of zero emissions in 2050. A climb which, in practice, requires the 60 percent of the houses that are found in our country today (many are those in classes F and G, the lowest rungs) to be renovated within seven years.

You work for 60 percent of the homes

The exemptions to the new rules

There are some exemptions to the new rules, such as those for historic buildings (but only if officially subject to restrictions), churches, second homes inhabited for a maximum of four months a year and independent homes of a maximum of 50 square meters. For many owners, however, there will be expenses to face, with the unknown factor of public incentives: the superbonus (the most robust building incentive) is expected, in a reduced version, only until 2025.