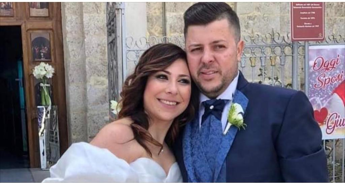 (from the correspondent Elvira Terranova) – Hope goes out at 6.38 o’clock, when the firefighters extract the lifeless body of Selene Pagliarello, the 30-year-old nurse who was supposed to give birth to her little Samuele tomorrow. The dreams of finding her still alive, of friends and relatives, suddenly shattered. When the rescuers confirm that the body extracted from the rubble is Selene’s, a scream rises in the sky. She is Selene’s mother. “I want to die too,” he continues to shout. Even the young woman’s father hoped until the last, sitting in his car a few meters from the ‘crater’. He never left the site of the explosion. According to the story of the firefighters, who dug with their hands for hours, Selene was sitting on the sofa when everything collapsed. An explosion that took everything away within a range of hundreds of meters,

Next to Selene were the bodies of her husband, Giuseppe Carmina, of her father-in-law Angelo Carmina, of her mother-in-law Vincenza Zagarrio. A father and a son are missing, Calogero and Giuseppe Carmina. Even for the whole day today the firefighters npn have never stopped. But until late in the evening to no avail. “We hoped until the last moment, not because the others weren’t important but this girl has become a little bit everyone’s daughter and unfortunately it went wrong”, says moved the prefect of Agrigento Maria Rita Cocciufa who visits in the morning the area of ​​the explosion. Every now and then a siren is heard. It is the signal to be silent all around. Waiting to figure out where to dig. Thanks also to the Labrador Fire Brigade dog, Luna. It was his nose this morning that made the bodies find.

Meanwhile, the investigations of the Prosecutor of Agrigento, directed by Luigi Patronaggio, continue, which have opened a file for culpable disaster and multiple manslaughter. In the next few days, the experts appointed by the Prosecutor’s Office will carry out an initial inspection. Meanwhile, they are working on the maps of the methane gas networks in the area. According to what was ascertained, five days before the explosion, there would have been an ordinary maintenance intervention on the plant, also confirmed by Italgas in the evening. But no particular critical issues would have emerged. Although some inhabitants, heard by the investigators, continue to say that for days “you could smell gas in the whole area”.

Meanwhile, after hearing from Adnkronos, the former judicial administrator of Italgas, he recalls that “in 2014 we had surveys carried out on the entire methane gas network and the technicians found serious problems on the inspected networks. Throughout Italy, even in the Agrigento area ”. The Italgas company, the company that manages the methane network also in Ravanusa, where the explosion occurred on Saturday, costing the lives of seven people, with two missing, had been commissioned by the prevention measures section of the Palermo court, commissioner extended after the first six months by another six months. It was the first time that a listed company had undergone such a measure. The prosecutors of Palermo had requested and obtained the commissioner for Italgas following an investigation started on the company Gas spa, a company attributable to Vito Ciancimino, but formally managed by the entrepreneur Ezio Brancato. Gas itself in the early 2000s was under the control of Don Vito’s son, Massimo.

” We are talking about 55,000 km of Italgas network, and we carried out the surveys, through our technicians, on a sample basis, including Agrigento, according to the lawyer Aiello – Italgas had 1,850 networks under management, it was the first distributor. The Court ordered to carry out a verification activity and we carried out a specific verification activity on sixty networks, and on all sixty major criticalities, enormous criticalities were found. A very large percentage. And they repeated themselves as a typology, they were always the same, they repeated themselves as a typology. So much so that the technician in charge made an overall reconstruction of the types of investigations, distinguishing by gravity. The percentage was constant across all networks inspected. ”