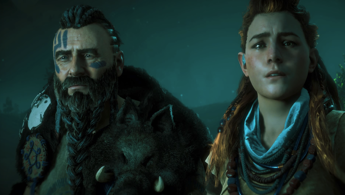 According to some rumors, Sony and the developer Guerrilla Games would be working on two unannounced projects related to the Horizon saga, which recently arrived on PS4 and PS5 with the new chapter Forbidden West and is about to appear also in the PlayStation launch lineup. VR2 with Horizon Call of The Mountain. In particular, Guerrilla would be working on a remastered version for PS5 of Horizon Zero Dawn, the first installment of the series. It would be an updated re-edition with the graphics of Forbidden West for the new Sony console, with attached support for the DualSense controller, ray tracing and native 4K resolution. Accessibility settings will also be tweaked to be more like Forbidden West. It seems that an online version of the game is also planned that will involve all the tribes present in the entire series, with the possibility of playing any character from the Dutch developer’s fantasy epic. In particular, the online version of Horizon should be released for PlayStation 5 but also on PC, where Zero Dawn was released three years after its debut on PS4, in 2017.