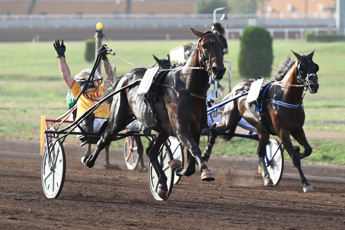 Tomorrow, 29 June, the great event that ends the horse racing season in Rome is scheduled for Capannelle. On the day dedicated to the feast of the patrons of the capital, Saints Peter and Paul, the Roman hippodrome will host, starting at 5pm, the traditional trotting conference centered on the Tino Triossi Grand Prix, the Gaetano Turilli Grand Prix and the Carena Grand Prix.


“With these last three great prizes, the spring season ends in a sumptuous way at the Capannelle Hippodrome which has given us so far so much satisfaction – says Elio Pautasso, General Manager of Hippogroup Roma Capannelle -. Races named after three great personalities who have made history. of Roman and national horse racing, also contributing to the construction of the Roman racecourses of Capannelle and Tor di Valle “.

“There will be three Grand Prizes attended by horses of extraordinary stature, thanks to the Italian movement (trainers, drivers, professionals) which excels at European level in the trot. Foreign owners are increasingly coming to Italy to buy our horses, obtaining excellent results on all of them. the main racecourses of the continent. This is a source of great pride for us and it is with exceptional expectations that we are preparing to experience this last and unmissable race event before the summer closure. After which – concludes Pautasso – all our attention and energy will be focus on what needs to be done to be ready for the reopening of the season at the beginning of September “.