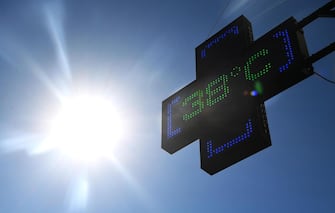 It is unprecedented heat that is affecting not only Italy but all of Europe. “What we are seeing is a taste of the futureHeatwaves start earlier and are becoming more frequent and severe due to record greenhouse gas concentrations that trap heat, “explains the World Meteorological Organization

WATCH THE VIDEO: Tips to beat the heat without the air conditioner

Throughout Europe, never-before-seen atmospheric phenomena are manifesting which are bringing not only our country to its knees but also France, Spain and the United Kingdom and are due to an anticyclone from Africa

Similar speech overseas, also the United States were hit by an unprecedented heat wave: record temperatures and scarce rains they are forcing the authorities to take measures to limit water consumption

In Italy, and more precisely in Pugliathe governor Michele Emiliano signed an ordinance banning i heavier jobshow agricultural ones, in the central part of the day, from 12.30 to 16, until 31 August

Fires: two fires in Puglia, 10 hectares in smoke in the Tarantino

TO Milan Mayor Giuseppe Sala issued a decree to close the large fountains in the center, such as that of San Babila, Piazza Fontana and also the Sforzesco Castle. They will remain active instead the green dragonsthe historic Milanese fountains that quench the thirst of citizens and tourists

In Franceto Bordeauxconcerts and public gatherings have been suspended due to record temperatures, which hit 43 degrees. A very similar peak, 39 degreeswas also reached a Paris just a few days ago. The use of air conditioners forced the electricity grid operators to import energy from neighboring countries

In Spain heat spikes have been recorded both in May and June, a record two months in terms of temperatures. In Catalonia fires destroyed 20 thousand hectares of forest

The drought then also appeared in the Iberian Peninsula: in the south they already touch the 45 degrees and in the spring the rainfall was on 25% less than normal

In Great Britain unprecedented heat peaks: peaks of 33 degrees, an anomalous fact in the country. TO London A type three health alarm has been issued

In the Use there is a critical situation especially in Californiawhere drought worsens from year to year, so much so that in some counties water has even been banned for the use of some domestic useslike theirrigation of the gardens