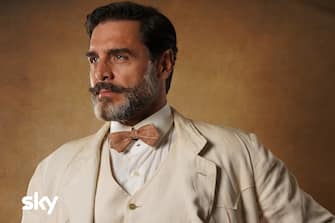 On February 28th, on Sky Serie, streaming on NOW and on demand, Hotel Portofino arrives. L’The highly anticipated period drama set in Italy has a strong Italian component in the cast as well. Starting with Daniele Pecci, who plays Count Carlo Albani

WATCH THE VIDEO: Hotel Portofino, the trailer for the TV series

WATCH THE VIDEO: Hotel Portofino, the special that tells the TV series

Hotel Portofino, the actors of the cast tell the series

Carolina Gonnelli is Paola, the Italian maid of’English hotel on the Ligurian coast

Hotel Portofino, the series on Sky from 28 February. The trailer

To his credit he has a long list of roles. In the cinema, among others, he starred in Fortapàsc, Roaming Mines, The Tourist, Manual d’Love 3. On tv she had roles in The beauty of women And The doctors

He acted in TV series The Borgias And Marco Polo. In 2014 it was directed by Carlo Verdone in the film Under a lucky star

Carolina Gonnelli in a scene from Hotel Portofino

Carolina Gonnelli was born in Pietrasanta (Lucca) on 2 July 1993

Pasquale Esposito was born in Naples on May 26, 1963. His career in theater is very long, on TV he was ‘Or Sharmant, one of the bosses of the “Confederates” in Gomorrah – The series

Pasquale Esposito with Natascha McElhone on the set of Portofino hotels

Rocco Fasano in a scene from Portofino hotels

Daniele Pecci in a scene from Portofino hotels