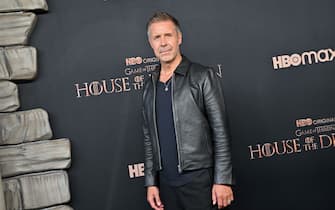 On August 22, fans of game of Thrones they will be able to find out House of The Dragon, prequel dedicated to the House of Targaryen. Among the main protagonists we find King Viserys I Targaryen, played by Paddy Considine. Fifth king of the Seven Kingdoms known as “friendly, kind, and honest”, Viserys was chosen by the council of lords to succeed his grandfather, Jaehaerys I Targaryen.

Princess Rhaenyra Targaryen has the face of Emma D’Arcy as an adult and Milly Alcock as a young man. She is a dragon rider who expects to become the first reigning queen of the Seven Kingdoms

Another protagonist of the series is Prince Daemon Targaryen, played by Matt Smithyounger brother of King Viserys, nephew of King Jaehaerys and uncle of Princess Rhaenyra

House of the Dragon, the special

Lady Alicent Hightower, alias Olivia Cooke. Beautiful daughter of Ser Otto Hightower, raised in the Red Keep and part of the inner circle of the king

House of the Dragon, the links with Game of Thrones

Lord Corlys Velaryon is portrayed by Steve Toussaintknown as the “Sea Serpent”, at the head of House Velaryon

House of the Dragon, the family tree of the House of Targaryen. PHOTO

Then there is Princess Rhaenys Velaryon, played by Eve Best. Wife of Lord Corlys, she rides a dragon named Meleys

Fabien Frankel plays Ser Criston Cole, skilled swordsman of the Dornish Marches, son of the administrator of the Lord of Blackhaven

Waiting for House of the Dragon, the story of Daenerys Targaryen

Sonoya Mizuno plays the role of Mysaria, a dancer originally from Lys who becomes the lover of Prince Daemon

Ser Otto Hightower has the vow of Rhys Ifans. Father of Alicent, Hand of the King, serving King Viserys and the kingdom.

Ryan Corr plays the role of Ser Harwin Strong. Known as “Bone Breaker”, he is said to be the strongest man in the Seven Kingdoms

Ser Harrold Westerling is portrayed by Graham McTavish. Member of the Royal Guard who served King Jaehaerys in charge of guarding and protecting Princess Rhaenyra