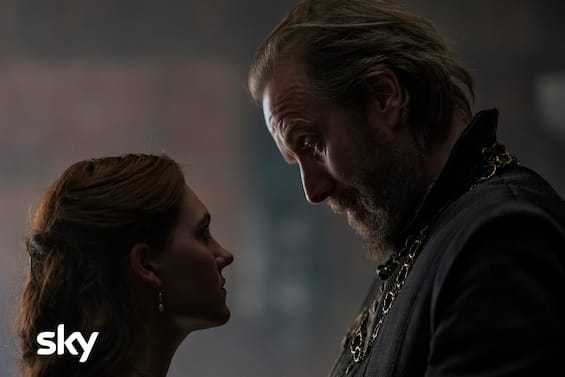 All ready for the return to Westeros. House of the Dragon will debut on August 22 exclusively on Sky and streaming only on NOW: the appointment is every Monday on Sky Atlantic, for ten weeks, with the original version subtitled at the same time as the USA at 3:00 in the morning and in rerun at 22:15, and from 29 August with the Italian version at 9.15 pm. Always in double audio, the ten episodes will obviously be available on demand as well. Among the main characters of the series, a spin-off of Game of thrones – game of Thrones, there is Otto Hightower, played by Rhys Ifans. Let’s find out who he is.

Otto Hightower is a noble of the House of Hightower who served as Hand of the Knight for three different kings, although he was dismissed from two of them at various times.

THE LINK WITH VISERYS I

Otto Hightower is also Hand of Viserys I, but to which he is also linked for another reason. He is in fact the father of Alicent Hightower, second wife of Viserys. And it is precisely this connection with the royal family that will complicate his position.

THE RIVAL WITH DAEMON

If Otto has a family connection with the King, he is in sharp and open contrast to his brother, Daemon Targaryen. In George RR Martin’s novels, Otto convinces Viserys to dismiss Daemon from two positions: that of Master of Coinage first and that of Master of Laws later. These moves, however, backfire when Daemon is appointed commander of the City Guard, resulting in two thousand men under his command.

If there’s no good blood with Daemon, it doesn’t go much better with Rhaenyra, the other pretender to the Iron Throne (and legitimate heir of King Viserys). Otto, in fact, would like the King to designate as his successors the sons of Alicent, his nephews.

THE ESTIMATE FOR MATT SMITH

As we have seen, in the fiction there is a bitter rivalry between Daemon and Otto. In reality, however, things go very differently. Rhys Ifans has in fact declared that he has deep esteem for Matt Smith, a colleague who plays the role of Daemon. Smith would actually be one of the reasons Ifans agreed to star in House of the Dragon: “I got the script and read a few episodes. I think Paddy Considine, Matt Smith and Olivia Cooke were already on board, three actors that I admire very much, of course they had read and liked the script, so I thought that if they were there, I would be there too ”.