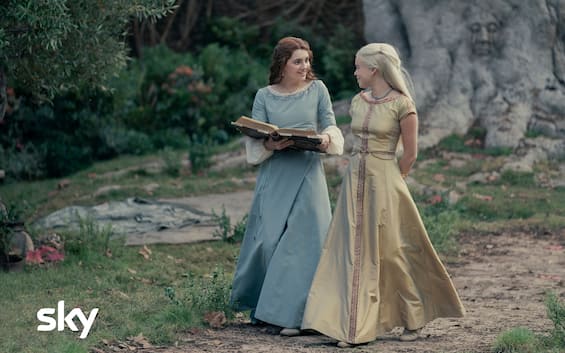 Exclusively on Sky and streaming only on NOW, simultaneously with the United States, on Mondays at 3 am, for the original version with subtitles, a week later for the dubbed episodes. And, of course, on demand on Sky and NOW. So you can see House of the Dragon (THE SPECIAL), the spin-off HBO series of Game of Thrones – Game of Thrones. But now the first episode (PLOT AND REVIEW – PHOTOS) is also available for free on Youtube.

An extraordinary initiative by HBO and Sky, who uploaded the first episode of this new series on their respective channels of the video streaming platform, thus allowing everyone to have a taste of it. An episode that introduces the new characters (SEE THE GALLERY) and serves as a preamble to the events that will lead to the Dance of the Dragons, the internal war of the Targaryens destined to change the fate of the Seven Kingdoms.

10 million viewers in the usa

The first episode of House of the Dragon it was seen in the United States by 10 million viewers, best result for the debut of an HBO series and generated over 1 million tweets. Numbers that continue to be updated and retouched positively with each episode and with streaming and on-demand views.