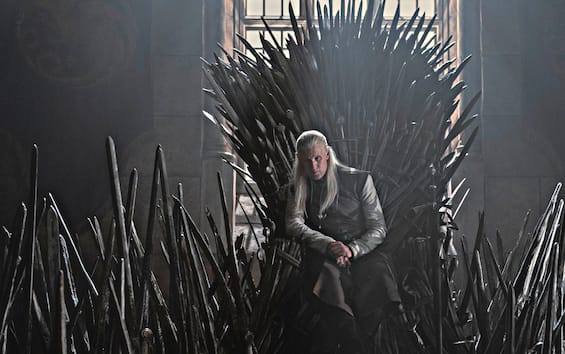 On August 22, fans of de Game of Thrones – Game of Thrones will be able to discover the prequel of the series, House of the Dragon. HBO production will debut exclusively on Sky and streamed only on NOW, simultaneously with the airing of American cable TV. Based on the novel Fire and Blood by George RR Martin, the series is set 200 years earlier of the events de Game of thrones and specifically tells the story of House Targaryen. Let’s find out which houses of game of Thrones we will also find in House of the Dragon.

House of the Dragonthe Targaryens

The great protagonists of House of the Dragon will be i Targaryen. A dynasty that in the mother series we have learned to know above all thanks to the Queen of Dragons, Daenerys. In this new series there will be many Targaryens that we will get to know, starting with King Viserys I, the fifth king of the Seven Kingdoms. Great attention also to the Princess Rhaenyra Targaryen, eldest daughter of Viserys, a dragon rider who expects to become the first reigning queen of the Seven Kingdoms. We will also meet the Prince, among others Daemon Targaryen, presumptive heir to the Iron Throne, younger brother of King Viserys. He is also a dragon riding expert.

House of the Dragonthe Lannisters

THE Lannister were great protagonists of game of Thrones: think of Tyrion, Cersei, Jaime but also of Tywin. This house will also return in the prequel, albeit through minor characters. They will be represented in particular by the twins Lord Jason Lannister and Ser Tyland Lannister, both played by Jefferson Hall. Jason is the Lord of Rock Castle while his twin is a shrewd politician.

House of the Dragonthe Hightower

The Hightower they are among the oldest families, which we will get to know better in House of the Dragon thanks to characters like Lady Alicent Hightower, daughter of Ser Otto Hightower, known as the most beautiful woman of the Seven Kingdoms. Otto is instead the first Knight of the king, serving King Viserys and the kingdom. In the sixth season of game of Thrones this house has just been touched upon: in the episode Broken OathBran Stark witnesses in a vision the arrival of his father Eddard and five other allies at the Tower of Joy of Dorne, an isolated and remote place, where they meet two members of the former Targaryen Royal Guard: Ser Arthur Dayne and, precisely , ser Gerold Hightower.