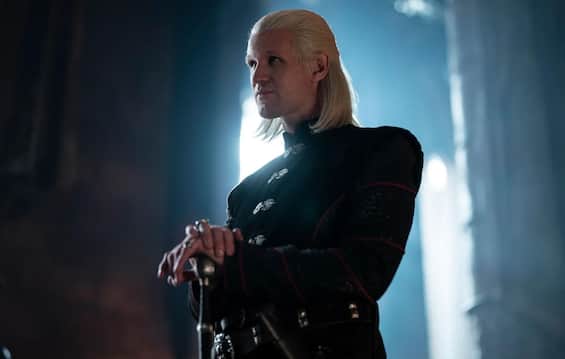 Looking forward to August 22, the date of the debut of House of the Dragonthe highly anticipated prequel series of game of Thrones the fans of the famous show are scouring the network and social networks in search of updates and interviews of the subjects involved in the new series that will be visible in Italy on Sky and streaming on NOW, practically simultaneously with the US, where it will arrive on HBO from 21 August. House of the Dragon which will tell the events related to the Targaryen dynasty, will make spectators take a step back in time: the story, in fact, begins about 300 years before the events of Game of thrones (game of Thrones), before Daenerys becomes Khaleesi. The first teaser, the poster and the first images, released online in recent weeks, promise a show that lives up to the expectations of fans of George RR Martin’s stories.

House of the Dragonthe plot

The last episode of the eighth season of game of Thrones it had left some doubts and general discontent among the fans of the series. A bitter taste in the mouth that however did not affect the ratings and the wave of success that overwhelmed the actors of the series. First of all she, Daenerys (Emilia Clarke), the mighty Mother of Dragons. And it is on her and the Targaryen dynasty that the prequel focuses. The spin-off, based on the fantasy novel Fire & Blood by George RR Martin, is set 300 years before Daenerys becomes Khaleesi. And it is here that Daenys the Dreamer, daughter of Aenar, foretells to the Targaryens that a cataclysm will destroy all of Valyria’s territories. The prophesied destiny is fulfilled and the Targaryens are the only dragonlords still alive: from Dragonstone, Aenys I, an incest son of Aegon the Conqueror, fights to defend the legendary Iron Throne, which his father once built. Among the many enemies there are also family members, convinced that Aenys I is not suitable to sit on that throne. Very early, the Targaryens will find themselves in the midst of a civil war that has gone down in history as the Dance of the Dragons. Here, unconsciously, Daenerys’ ancestors will trace their decline. Before the end, however, fire will reign over the seven Kingdoms for a long time, defining the course of events to come in the future.

House of the Dragonthe cast

The prequel series, created by Ryan J. Condal and Ryan RR Martin, will be consisting of 10 episodes, each of which, according to a source cited by Varietyis cost about 20 million dollars. A record figure, which far exceeds the initial budget used for game of Thrones ($ 6 million for Season 1 episodes). Dragons are at the center of the new TV seriesfor which the production had to make a great effort to create the scenarios and special effects. The cast it is more contained: in fact, it will not be a question of several intertwining stories, but it will start from the Targaryen dynasty. In particular, House of the Dragon will tell the story of King Viserys, played by Paddy Considine, Princess Rhaenyra Targaryen (Emma D’Arcy), Prince Daemon Targaryen, aka Matt Smith and Lord Corlys Velaryon (Steve Touissant). In the cast also include Olivia Cooke (Alicent Hightower), Rhys Ifans (Otto Hightower), Steve Toussaint (Corlys Velaryon), Eve Best (Rhaenys Velaryon), Jefferson Hall (Jason Lannister) and Bill Paterson (Lyman Beesbury).

Maisie Williams, aka Arya Stark, is the number one fan of the series

Who looked and loved game of Thrones he cannot have forgotten her: Maisie Williams, that is the brave little Arya Stark. The young British actress, who grew up on the set of GOT, said she was excited and eager to see the series. In an interview with Varietyindeed, said he was very happy for his friend Olivia Cookeinterpreter of Alice Hightower in House of the Dragon: “My friend is part of the cast and I want to be supportive. At the same time I am very curious, I can’t wait to see the result and to experience it as an ordinary spectator, as I could not do for game of Thrones“. Filming for the first season began in April 2021 and took place mainly in the UK. Some shots were taken in Cornwall, others in Spain, in the province of Caceres, in Portugal, at the castle of Monsanto, and finally in California. Production ended in February 2022.

The future of House of the Dragon

Despite the first season of House of the Dragon is yet to arrive, HBO is already considering the possibility of a second part. The official announcement has not yet been made but, as early as February, HBO programming boss Casey Bloys told The Hollywood Reporter that the investment for the series was large enough to give the green light almost automatically to the second season: “I usually prefer a different approach, in which we talk about a second adventure after having seen the plays of the first part. If I have to speculate on anything, then I say that the second season of House of the Dragon it will be”.
August, or the weeks leading up to the release of the episodes of the first season, could be the right time to formalize the release of a season number two for House of the Dragon. According to the insiders, the production, certain of having a new success in its hands, would have already provided the script for the sequel to the story.

George RR Martin: the story will be “complex and dark”

Meanwhile, fans are already familiarizing themselves with the protagonists, shown in the official material available online. The show posterin particular, focuses on Emma D’Arcy, interpreter of Princess Rhaenyra Targaryen, portrayed in a haughty pose with a large dragon head behind her. The caption reads “Fire will reign”confirming that the massive civil war affecting the House of Targaryen will be heated and no holds barred.
George RR Martinwho is co-creator and executive producer of the series, recently took the floor on the podcast Game of Owns revealing that the story that will come to the screen will be more complex and obscure than the previous onesalso due to the brutal civil war reported.
Here too the characters will be described in their many nuances and will be the protagonists of ruthless conflicts at every level, family, house, etc. The author told the genesis of the story that caught his attention while he was researching for another project. The conflicting perspectives of the events then led him, with the screenwriters, to choose a version to tell and this is the one that will land on the small screen.