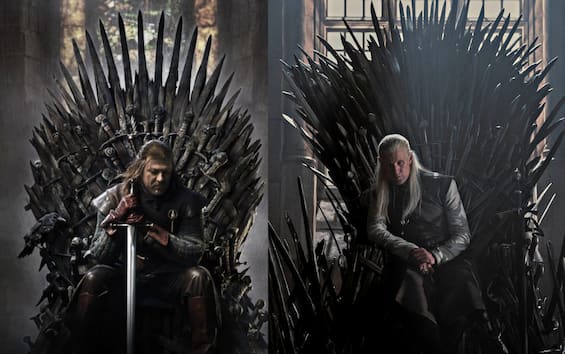 The expectation among the fans is great Game of thrones – game of Thrones for the prequel House of the Dragon, HBO series that will debut exclusively on Sky and streaming only on NOW on August 22, absolutely simultaneously with the airing of American cable TV. Based on the novel Fire and Blood by George RR Martin, the series is set 200 years earlier of events from Game of Thrones and specifically tells the story of Targaryen House. Let’s find out what connections there will be between House of the Dragon and the parent series.

House of the Dragon, the same universe as GOT

The events of House of the Dragon are set 200 years earlier than those of Game of thrones. This means that the “universe” is the same and many of the characters that will appear (or be named) in the prequel may have already been mentioned in the parent series. This is because the house of the Targaryen, who in GOT we met mainly through Daenerys, has a very branched family tree. The prequel, in particular, will start from the domain of Viserys I Targaryen on the Throne of Swords, at the helm of the Seven Kingdoms.

House of the Dragonthe love between brother and sister

In game of Thrones caused a sensation incestuous love between the two brothers Cersei and Jaime Lannister. Daenerys herself, without knowing it, is linked to Jon Snow, ignoring the true identity of Eddard Stark’s bastard son, who was none other than Aegon Targaryen, her grandson. In the house told in House of the Dragon incest returns again not as a scandalous fact but as normality: i marriages between brothersas we will see, they are very frequent.

House of the Dragonthe presence of dragons

In game of Thrones Daenerys was there Mother of Dragons, the only one able to control her beloved three children. These mythological creatures will return in House of the Dragon, where they will be even more protagonists. After all, dragons are the symbol of the Targaryen and in the prequel they will be present in abundance, as stated by George RR Martin, executive producer of the series. “I am anxiously waiting for dragons,” he said. “Obviously, I love dragons. We’ve had three in game of Thronesbut now we have something like 17. And I really hope that each one will have their own personality and will be instantly recognizable on the screen, for the colors and all the rest, because the dragons each have their own personality in the books, and it will be great to see them come to life. With i dragon riders”, Specified the writer.