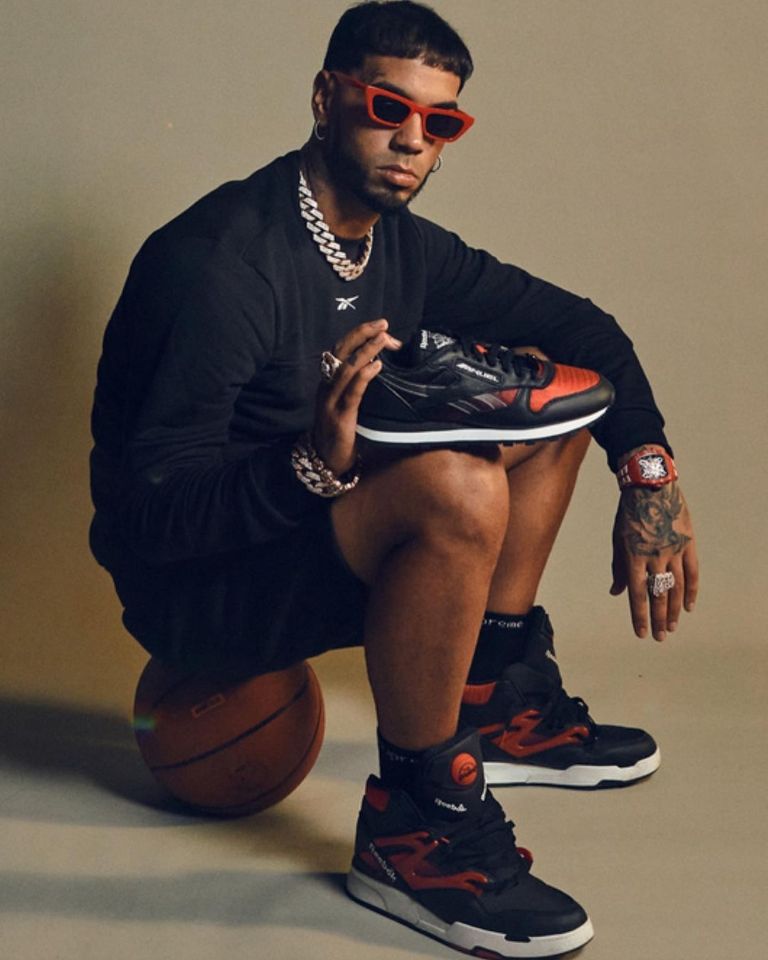 The singer Anuel AA The 29-year-old is premiering, not only has he released two songs this week and is very close to releasing the album he promised his fans, but he also launched his collaboration with the Reebok brand and promotes sneakers inspired by the ’90s .

“Collaboration with @reebok exclusively on @footlocker and @champssports on (AUGUST 26) #RealHastaLaMuerte,” he wrote. Anuel AA before his more than 29 million followers from all latitudes. These shoes are sold under the name Anuel AA x Reebok Pump Omni Zone II and are currently only available in the United States.

fans of Anuel AA in Latin America and Europe they will have to wait to get this model inspired by the ’90s and basketball player Dee Brown in the 1991 slam dunk contest. The pair of sneakers has the singer’s name on the heel and the logo of his shoes. songs in the buckle.

The shoe that bears the name of Anuel AA It is black, boot style with red sides and has details in the same tone. The positive part of the singer’s product is that it can be combined with all kinds of outfits, from the most urban to the most elegant, and it has the quality of this sports brand.

Currently the pair of sneakers Anuel AA It has an approximate value that goes between 150 and 170 dollars in Foot Locker and Champs Sports stores. Fans are excited that the singer will launch a discount or raffle in the coming days, but nothing has been confirmed.