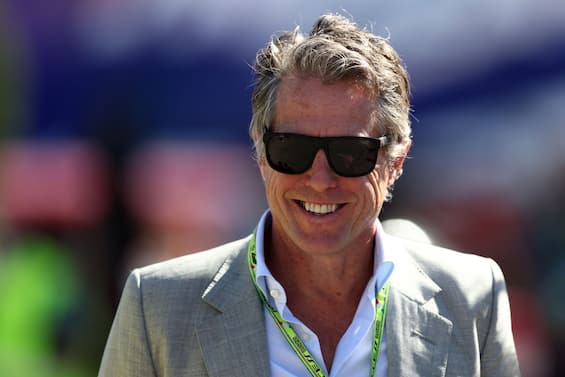 We will never see Hugh Grant in a musical type La La Land. The protagonist of Notting Hill in fact, he said he was denied for the choreography and for the dance in general, bringing as proof of his woodiness in the movements the hilarious scene in which he dances through the rooms of Downing Street.

Hugh Should be dancing

Love Actually is one of the most beloved romantic comedies of the 2000s. In this 2003 episodic film, one of the characters that remains most in the collective imagination is certainly David, played by rom-com specialist Hugh Grant. The newly elected Prime Minister of the United Kingdom to whom Grant lends his face stands out not only for his skills as an eccentric politician (we have seen more absurd characters living in Downing Street in reality) but also and above all for his spontaneity. This gift is sublimed when, taken by the rhythm, he decides for a moment to detach himself from his role to dance to the rhythm of Jump of the Pointer Sisters. When the secretary interrupts this moment of absolute freedom to bring him back to the reality of his institutional role, it will still be too late: Hugh Grant/David’s performance has already lasted long enough to remain among the highlights of the film, pace of the actor himself. Grant is in fact convinced that that scene is “the most heartbreaking ever entrusted to the film” and he also confirmed it during a recent appearance in The Laughter & Secrets of Love Actually: 20 Years Later on ABC News.

It’s a bit funny that the actor of Four weddings and a funeral you confess to hating that cult sequence, to the point of agreeing with the detractors. Maybe he doesn’t realize that it is precisely that clumsiness in the movements that contributes to the success of the whole gag?

“I read it in the script and thought ‘Great, I’m gonna hate shooting this stuff’. I didn’t like dancing, imagine how much I could enjoy doing the various rehearsals!” Hugh Grant recalls today. The actor tried everything to postpone that scene, secretly hoping it would eventually be cut. He was a bit like those students who try to avoid the exam hoping to break it with the end of the year but, just like them, in the end he had to surrender to the ineluctability of events. The scene had to be shot, despite the star continuing to “say no”, as the director recounts Richard Curtis. “She was probably hoping that I might get sick that day or that I might have something unexpected, so that we would be like, ‘Oh, what a shame, we have to give up the dance scene!’. Grant’s vain hopes were finally, needless to say, sadly dashed. The actor showed up on the day of filming grumpy like a death row inmate in front of what he will later define as his “contractual guillotine”. He half-heartedly did what he had to and tried to forget it all. Although the final result was not so bad after almost twenty years Grant still doesn’t like that scene which, in his opinion, is terrible right from the start when he starts moving his backside. Perhaps to get out of this impasse as soon as possible it was the not exactly skilled dancer who suggested how to end the torture, giving the idea of ​​the secretary entering to end the embarrassing moment. Today it can be said: we can remember Hugh Grant as the heir to several stars but surely no one will ever see in him an epigone of Fred Astaire.