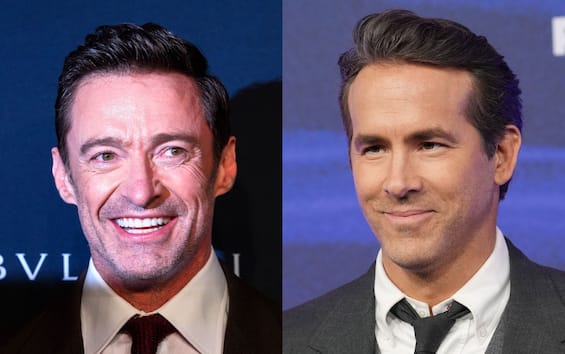 The irony of Hugh Jackman is well known to all and once again the actor has shown a marked dose of humor in making his appeal to the Academy not to nominate the song by Ryan Reynolds. No disagreement between the two, on the contrary, that of Hugh Jackman almost seems to be yet another acknowledgment of the actor’s talent, with whom he will share the set in the coming months. It is difficult to say whether his appeal will be accepted. Or rather, it is unlikely that the Academy can follow up on Jackman’s request, which thus once again won the positive opinions of the public.

Ryan Reynolds, one of the actors who has most convinced insiders and the public in recent years, is the protagonist of Spirited, a film that Hugh Jackman himself admitted he particularly appreciated. “’Good Afternoon‘, which song! I laughed throughout its duration, it’s absolutely brilliant. However, I just learned that the Academy shortlisted ‘Good Afternoon’ for Best Song. Here, Ryan Reynolds with an Oscar nomination in the best song category would make the year ahead unbearable. Really, also because I have to spend a year shooting Wolverine and Deadpool with him. And trust me, it would be impossible, it would be a problem,” Hugh Jackman explained in a social video, suggesting that this case would excessively inflate the actor’s ego. And it is in this direction that the short clip published by Hugh Jackman concludes: “I ask you with my heart in my hand, do not validate Ryan Reynolds in this way. I beg you”.

At the moment, Ryan Reynolds has preferred not to reply to Hugh Jackman, even if it is certain that the actor is not upset by his colleague’s appeal. Between the two it is known that there is a relationship of great complicity and affection and this social outing by Jackman only confirms the student spirit between the two. “Good Afternoon” is located in shortlist along with Taylor Swift’s Carolina, Rihanna’s Lift Me Up and Lady Gaga’s Hold My Hand, from the Top Gun: Maverick soundtrack. Nominations will be announced on January 24th.