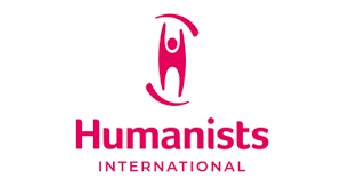 To say the least, the picture that emerges from the new edition, released today, of the Report on freedom of thought in the world, promoted by Humanists International, of which the Union of Atheists and Rationalist Agnostics is a part, is worrying. But let’s see in detail what it is.

Atheists and agnostics are discriminated against in 144 countries of the world: in 39 there is a state religion; in 35 the legislation derives, in whole or in part, from religious law; in 12 government officials or state agencies marginalize, harass or incite hatred or violence against non-religious people; in 83 blasphemy is a crime and in six of them it is punishable by the death penalty; in 17 apostasy is a crime and in 12 of these it is punishable by death; in 79 there is a discriminatory system of financing religion; in 19 it is possible to have recourse to religious courts on family or moral matters; in 26 it is forbidden for non-religious to hold certain positions; in 33 religious education is compulsory in state schools without a secular alternative; in 16 it is difficult or illegal to run an openly humanist organization.

Every year, one third of all countries in the world are examined in the context of a continuous cycle of updates: starting from this year, two new parameters have been introduced, in addition to those used in past editions. The way in which the influence of religion in public life undermines the right to equality and / or non-discrimination, particularly affecting the rights of women and LGBTI + people. And how the failure to regulate conscientious objection results in the denial of services to women and LGBTI + people.

Among the focuses to report those on Afghanistan after the withdrawal of US troops; on Ghana, with the ongoing discussion on a draft law that provides for a sentence of up to five years of imprisonment for LGBTI + people and a penalty of up to ten years for anyone engaging in advocacy activities on the matter; on Myanmar, after the coup d’état last February; and on Uruguay, where the Ley de Consideración Urguente, passed in October 2020, grants the police greater powers to use force to quell protests, creates greater obstacles to demonstrations and union work, and criminalizes criticism of the police .

“This year’s report on freedom of thought offers, once again, a gloomy reading – declares the president of Humanists International, Andrew Copson – This widespread and continuous unease is a source of pain for all of us, but this year I also want make a note of satisfaction: this is the tenth annual edition of the Freedom of Thought Report. Ten years ago, very little light shone on the global situation of humanists and other non-religious people and the global situation regarding legal and human rights, which we concerns, was not taken into consideration. Over the past 10 years our relationship has earned a reputation for its solid and reliable quality, for its progressive and intersectional approach to human rights, and for being an indispensable point of reference for politicians , parliamentarians and international activists “.

“The Report on freedom of thought is a fundamental tool for reading our present – echoes Roberto Grendene, Secretary of the UAAR – all the more considering that, in the dramatic situation we live in, between wars and pandemics, one of the most affected categories is precisely that of non-believers, without specific protection, often and willingly persecuted at home. Just think of the funding shamefully limited only to persecuted Christian minorities, approved in our country in 2019, which amounts to 4 million euros a year and which does not it has fallen to us. As usual, Italy boasts of being a contemporary and pluralist democracy when, in fact, the very existence of our association demonstrates how it is still necessary to fight for complete equal dignity in freedom of conscience “.

“I welcome the publication of the 2021 Report on Freedom of Thought – is the comment of Ahmed Shaheed, UN Special Rapporteur on Freedom of Religion or Belief – It collects the experiences not only of humanists and non-believers from around the world , but also of those who, while deeply religious, are dissenters, illuminating both key trends and individual cases of concern. Targeting someone with hatred, violence and discrimination based on religious identity or belief is against international law and it has no place in any society “.

This year the report’s launch coincides with the 40th anniversary of the approval of the United Nations General Assembly Declaration on the Elimination of All Forms of Intolerance and Discrimination Based on Religion or Belief (November 25, 1981) .