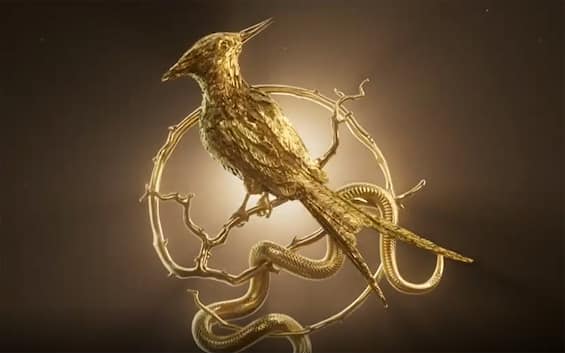 The Ballad of the Nightingale and the Serpent – The Ballad of Songbirds and Snakes is the highly anticipated prequel to Hunger Games, which inevitably sparked curiosity in fans of the saga. The film, which will be released in the coming months, is based on the book of the same name by Suzanne Collins and was created to tell the origins of the characters made known by Hunger Games. The setting was designed to take place several decades before the adventures of Katniss Everdeen, an almost marginal character in this film, who instead focuses on the youth of Coriolanus Snow, before this becomes the ruling tyrant of Panem. In the last few hours, the production has released the first still photo showing the two main protagonists of the film.

Assuming that The Hunger Games: The Ballad of the Nightingale and the Serpent it is set long before the stories that the public is used to knowing, it is physiological that there are many differences from the known world. TO Vanity Fairdirector Francis Lawrence has released some statements that help to better understand what the common thread will be The Ballad of Songbirds and Snakes: “We’re talking about a kind of love story set in a different kind of world in a different era. A very intimate love story ”.

The story unfolds long before the birth of Katniss Everdeen, and takes the opportunity to dissect the mythology of Panem, the one on which the films with Jennifer Lawrence were founded. Coriolanus Snow is a young high school student and together with his peers, in this era, is still struggling with what left the “dark days”, ie the wars that, several decades later, led to the Hunger Games.

The new kingdom of Panem

The image that was chosen as the first official photo from the film gives many clues to what was the scenographic choice of the authors. In fact, both the clothes and the small portion of the setting that can be seen in the image, suggest that Panem will have an appearance less futuristic and imaginary, it will almost be close to the setting of the present day. And, in fact, on the new version of Panem, the scenographer Uli Hanisch expressed himself: “We had the opportunity to revisit District 12 and also redo the whole capital, as well as a whole new arena”.

Those who have already had the opportunity to see the previous episodes that anticipated the prequel, will find numerous news, according to the director: “You will discover many things about Snow, about the history of the Games, about the history of music and the origin of songs like that of the ‘Tree of the hanged ”.

Who is Coriolanus Snow in Hunger Games: The Ballad of the Nightingale and the Serpent

The young version of Coriolanus Snow is played by Tom Blyth, a face well known to television and film audiences, primarily for his performance in Billy the Kid. On the other hand, Rachel Zegler rests on her belly. Also in this case it is a young but well-known face, who achieved success thanks to Steven Spielberg’s film West Side Story.