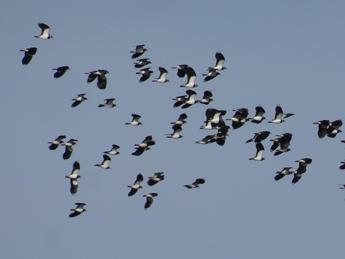 WWF report on law 157 of ’92: a single text is also needed to implement the new constitutional principles.

There hunting law turns 30. This was remembered by the WWF in the report ‘Hunting and protection of wildlife. Law 157/1992 thirty years after its approval ‘analyzes the concrete effects of its application. Law no. 157 of 11 February 1992, which protects wildlife in Italy and governs hunting, was born after the referendum on the abolition of hunting and was driven by the need for an adaptation, achieved only partially, to the international standards for the protection of biodiversity introduced in particular with the Birds Directive of 1979 and with the Berne Convention on wild life and the natural environment implemented in Italy in 1981.


With its entry into force, important innovations were introduced compared to the previous legislation, including the reduction of huntable species from 68 to 59 (then further decreased), the length of the hunting season from about 8 to 5 months, the end of the so-called hunting nomadism by tying hunters to a specific territory, the provision of criminal sanctions against those who practice illegal hunting. These innovations, however, underlines the WWF, have proved, in many cases, insufficient and unsuitable for pursuing the main purpose for which the law was conceived: the protection of wildlife.

Right from the start, in fact, explains the WWF, the Regions, first with administrative measures and then attempting the path of regional legislation, have tried to introduce various exceptions to national legislation. Promptly denied by dozens of judgments of the administrative courts, as well as by formal disputes opened by the government, the regions were more on the side of hunters than on that of wildlife. All this, adds the WWF, aggravated by the fact that in Italy the paradox remains that, pursuant to article 842 of the Civil Code, only hunters are allowed to access private funds without prior authorization in order to exercise the hunting activity.

According to the WWF, therefore, law 157/1992 is not suitable for guaranteeing the protection of wildlife and requires structural changes. Hunting, today more than ever, is a cultural anachronism to be overcome without any regrets, also in light of the impacts determined by its development. For this reason, the WWF is asking for a single text that, overcoming a text that deals only with birds and mammals, protects wildlife as a whole through a strong limitation of hunting practices, a strengthening of controls and a tightening of sanctions.

It is also very important to redefine equal rights between hunters and anyone else who wants to fully enjoy nature, in this sense the first measures should be the abolition of art. 842 of the civil code which allows only hunters to access private funds, and the introduction of a ban on hunting on holidays and weekends, to allow everyone to visit woods and countryside without the risks and disturbance of shooting.

The survey: 76% of Italians do not think it right that it should be practiced

76% of Italians do not think it is right for hunting to be practiced. This is what emerges from a survey that the WWF commissioned to EMG Different. For the survey, carried out between 4 and 7 February, hunting presents itself as a highly polarizing topic.

The sentiment that prevails among Italians seems to be clearly opposed to this activity, especially in consideration of its cruelest and uncontrolled aspects. 72% of the sample also believes that hunting generates problems for the safety of citizens and 57% considers it a risk to people’s health.

Overall, there is still a lack of knowledge of some elements that pertain to hunting activities such as, for example, the right of hunters to enter private properties while hunting even without the consent of the owner (only 36% were aware of it) , or the qualification of wild fauna (including huntable fauna) as a common heritage of the state and therefore of all Italians (as many as 44% of Italians are unaware of it).

The sample expressed a clear position on the most controversial aspects of hunting regulation such as: the use of live calls for small birds and the allowed hunting for some endangered species, but also the use of ammunition containing the lead and hunting conducted on weekends.

These arguments get 90% disapproval. 43% of the interviewees also hoped for a reduction in hunting activities with the application of stricter rules and 42% considered hunting unnecessary cruelty. The Italians are doubtful and discouraged about the state’s ability to guarantee adequate control over hunting activities in order to prevent offenses.

In fact, 58% of Italians believe that the sanctions envisaged in Italy to counteract the poaching and the illegal hunting are insufficient and even 71% consider that the police and the judiciary are not sufficiently aware of the impacts generated by these crimes of nature. In conclusion, as many as 76% of Italians do not find it right that hunting is practiced in Italy and would agree to prohibit it throughout the national territory.