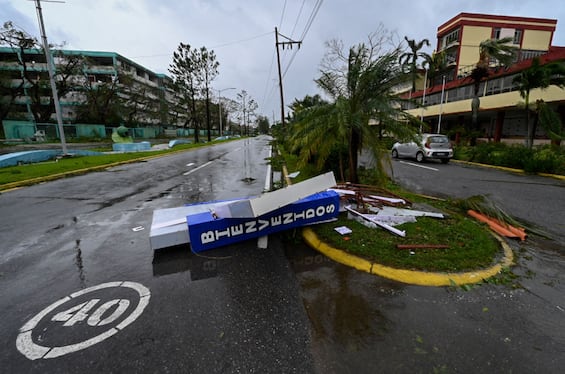 The mighty Hurricane Ian has left a trail of destruction and total blackout in Cuba and is now headed for disaster-fearing Florida. It was a “failure” following the terrible weather conditions linked to the passage of Ian which blew up the electricity throughout the Caribbean island. Various pylons of the electricity grid were knocked down by the force of the wind which, together with heavy rains, reached gusts of 200 km / h. In this circumstance a woman and a man died from collapses in their homes. And as the Cuban power company works to reconnect the system, the hurricane is headed north towards the west coast of Florida, on whose peninsula “catastrophic winds” and “extremely dangerous” coastal flooding are expected.

The hurricane observation center in the United States fears the hurricane could strengthen and become Category 4 on the Saffir-Simpson scale (which has five levels) by passing over the warm water of the Gulf of Mexico. The landfall is planned in the Tampa Bay region, where over three million people live and which is among the most vulnerable places in the United States with regard to flooding. Ian is likely to be the most powerful hurricane since the one that devastated the area in 1921. The call to heed the evacuation warnings was repeated by local officials but also by US President Joe Biden, who stated that Ian ” it could be a very serious, life-threatening hurricane with a devastating impact. “