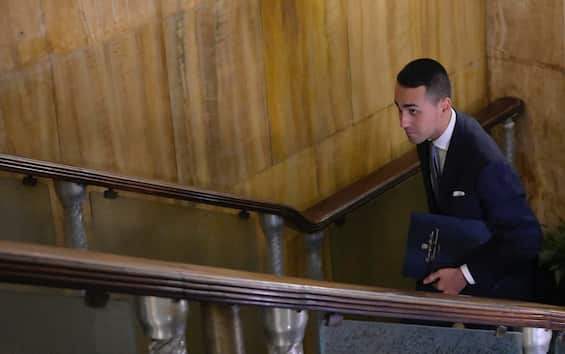 Former Foreign Minister Luigi Di Maio running for the post of EU envoy in the Persian Gulf. The European Commission does not confirm but neither does it deny the news. “We do not comment on rumors and, as a general rule, we never comment on procedures underway in the External Action Service or in the Council,” Peter Stano, spokesman for the Commission, told Ansa. Anonymous sources following the dossier speak of a realistic hypothesis that the former leader of Civic Engagement represents the EU in a crucial area from an energy point of view, that of the Gulf.

One fact is certain. There is good blood between Luigi di Maio and the EU High Representative for Foreign Policy Josep Borrell. And this is definitely a plus for Borrell’s choice that could fall right on the Italian politician in pole position among four names. In addition to that of the former M5s there are also former Cypriot Foreign Minister Markos Kiprianou, a former Slovakian head of diplomacy and the former European Commissioner for Migration, the Greek Dimitris Avramopoulos. The relationship between Di Maio and Borrell, we said, is excellent. A demonstration of this is the event of last October 17, when at the last Foreign Affairs Council in which Di Maio Borrell publicly thanked the outgoing Foreign Minister, triggering the long applause of his European counterparts.

Borrell: Gulf security is very important to us

Regardless of who will hold the role, it is certain that the EU is preparing to appoint its envoy to the Persian Gulf. A figure of the utmost importance if he is connected to the current international context, given that he will be the special envoy to deal with security issues in this area. Borrell had already declared this last February, during the summit between the EU and the Gulf countries in Brussels. “We will appoint an EU special envoy for the Gulf region because we know that security issues in this area – in the Middle East in general – are very important to us. Not just for Iran. Think of the war in Yemen, for example. Not just for energy, but because in this region the transition to a green economy will be one of the most important aspects for us, for them and for humanity, ”Borrell said.