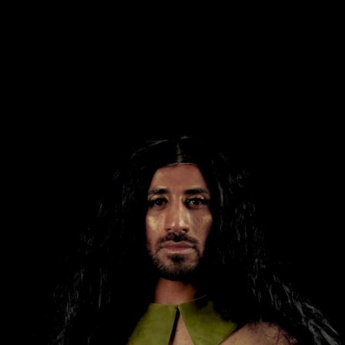 “The incessant research brings Alessandro Ienzi from Palermo and his art back to New York, this time with a story that tells of courage, resilience and hope, a story that travels fast to different latitudes, from Jerusalem to Brussels, from Palermo to Los Angeles, to land in New York and soon in Brussels: it is the story of Ahmad Khalaf, which smells of freedom and miracle “. From tomorrow the Palermo artist Alessandro Ienzi will present in New York “Like a Criminal”, his video art that tells the paradigmatic story of Ahmad Khalaf. “Like a Criminal” will be presented at the EVAC Gallery in New York, in the heart of the East Village in Manhattan. Ahmad is 34 years old, has lived in Brussels for eight, and is a Belgian citizen; he was born in Israel, of an Arab family and grew up in Jerusalem. He lives in the part of the city dedicated to citizens with residence cards: every day he has to cross the city and go through a checkpoint to go to school. The road is not always easy, it can happen to run into aggression, gas, throwing objects that risk hurting him and those who accompany him. As a teenager he discovers that he is attracted to boys, but immediately realizes that his social and family community is not ready to accept his sexuality; he lives dreaming of a future of loves and passions, staying mostly on the sidelines and without attracting too much attention.


In his early twenties, however, he happens to meet some guys, with whom he can spend an evening with friends and explore love. He meets them on online chats. One night, however, when he arrives at the meeting place, he finds himself in front of two boys ready to attack him, equipped with a knife, who try to kidnap him and then kill him. Ahmad fled, however he was wounded in the arm. A few days later, and for several months, he is tailed by the two young men who threaten to publish a video, recorded the night of the meeting. Ahmad flees, goes to Turkey, headed to Spain, but at the last moment he changes his mind, goes to Brussels, where he is welcomed with the status of stateless refugee. His residence card does not guarantee him any citizenship; so he begins a long process to obtain the documents, which after 8 years allows him to become a Belgian citizen.

“Ahmad’s story is an example of resilience, of a life that is reborn, of the power of acceptance and love – says Ienzi -. I thought it had to be told, sublimated, that he had to go around in a beautiful suit to meet the world. This story tells us about ourselves, about identity, about political and social barriers, about prejudice and about the exercise of power “. And so from Palermo, where work sessions with Ahmad took place at the Raizes Teatro Research Center and where the video was post-produced by Costanza La Bruna, “Like a Criminal” flew to Los Angeles and completed by Emiliano Olocco , Argentine artist of Italian blood who took care of the music and audio. “The project will be developed further – adds Ienzi -, it already exists in the form of an interview documentary, presented at various festivals around the world, and will be transformed into an immersive digital exhibition during a residency at the Boghossian Foundation in Brussels, next March.” Finally, the drafting of the screenplay for the realization of a feature film entitled “The Holy Land” is already underway.