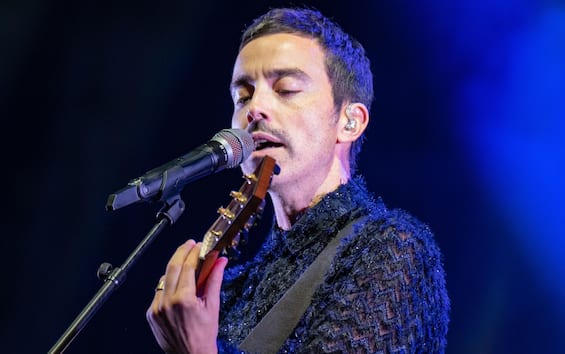 What would happen if James Bond’s name was Giacomo Bondi and he was our compatriot? Difficult to make predictions. However, we probably wouldn’t be surprised if, in this parallel universe in which 007 drinks Campari, the symbolic song of his films was Diodate and not Adele or Billie Eilish. It is not seen as a diminutio by the singer of Taranto origin to know that his If you want me, created to further enhance the soundtrack of Diabolik – Ginko on the attack!(HERE YOU FIND THE REVIEW OF THE FILM) it has that same elegant and refined flavor of certain historical themes created for the cinematic adventures of the character born from the pen of Ian Fleming.

DIODATO AND DIABOLIK, A HAPPY MEETING

In Italy we do not “produce” secret agents but rather multifaceted and enigmatic anti-heroes, however equally worthy of opening a fruitful saga on the big screen as well. If you want me looks great in the soundtrack of the second film of the Manetti Bros dedicated to the character invented by the sisters Angela and Luciana Giussani. The video of the song, in which images from the film are alternated with Diodato’s performance in an elegant total-white suit, only reinforces the impression that the comic book hero and author of Make noise come together very well on the notes of this particular piece. If you want me it’s a song with an almost vintage flavor, like the adventures of the same Diabolik. It comes from a timeless dimension that is still close to us, exactly like the events in the film, almost inviting us to follow the protagonists of the film and song in their dimension. The public already seems to really like Diodato’s latest effort, so much so that he has prompted the singer to publicly thank all those who are appreciating his work on Instagram: “Thank you for all your messages, your shares, your affection. I’m really happy with that If you want me you like it and it fills me with joy to see it become part of your days, of your lives”

A Diodate in the cinema

If you want me it’s a song about desire, about the desire to reach it at any cost which also deliberately recalls the nature of the protagonist of the film. “Writing this piece gave me the opportunity to sink my hands into the changing material of desire, to try to trace its chiaroscuro, to outline the jolts of a burning flame,” he said during the presentation of the Diodato piece. The singer has fully immersed himself in the world of Diabolik, not only through this song with clear references to the sounds of the seventies. The winner of Sanremo 2020 was so involved in the project that he too appeared in a cameo in the film as an actor. On the other hand, listening to Diodato’s music, it is impossible not to perceive the passion for the big screen. His songs are full of cinematic images and, even before this very small role in Diabolikhad also appeared in the musical An adventure (where, ironically, he played the role of a record producer). The relationship between the artist and the seventh art is alive, so much so that it becomes If you want me only the latest in a series of songs by the singer “designed” specifically to accompany a film. Already What a wonderful life a couple of years ago he had in fact made a great impression in giving musicality to the images shot by Ferzan Özpetek for The goddess of luck. Without to forget The man behind the champion (theme from the film about Baggio The Divine Pigtail) and that cover of Love you come, love you go included in the soundtrack de The happy years almost ten years ago. One thing is certain: if Diodato’s career were a film it would be a really interesting work to watch (and not only).