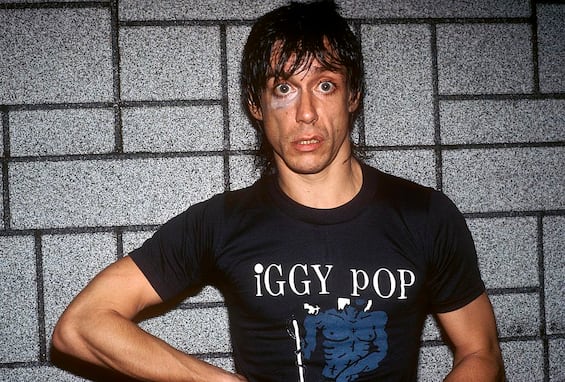 The history of music is made up of crossroads. What if Iggy Pop had become the lead singer of AC/DC? Classics of the repertoire of him like The Passenger or Lust for Life they would have seen their meager structure change once under the care of Angus Young and partners? We will never know. What is certain is that there was a moment when we had a real chance to see the rock iguana as the voice of the band of Back in Black.

Iggy Pop has told of when he was approached to fill the role of frontman of the group in a long interview with New York Times. His new album, which seems to be able to represent a return to the raw punk of the beginning and has a fair number of guests inside, is titled Every Loser and will be released on January 6th. To promote it, there’s nothing better than digging up old anecdotes capable of creating hype and the one related to AC/DC, though difficult to place in time, certainly is. Iggy recalled being approached by the group’s manager Tarquin Gotch in a period before his move to England, even before reforming the Stooges: “This guy asked me if I was interested in joining AC/DC. They were looking for a singer, apparently.” The Iguana didn’t immediately turn down the opportunity, agreeing to listen to the band’s material before giving his definitive answer. However, a few listens were enough for him to understand what any fan of these rock legends would immediately understand: the sound of AC/DC had very little to do with the musical world of Iggy Pop: “I listened to the recordings and thought which I didn’t do for them. It’s not that I didn’t like them, on the contrary the things I heard were very well done. It was a good job but I wasn’t the right man, what they needed”, the Michigan rock star clarified honestly without however specifying in which historical moment this rapprochement took place.

In the end they all lived happily ever after

There are various hypotheses as to when Iggy Pop may have been approached to become the frontman of AC/DC. Bearing in mind that the singer was in London with a new Stooges line-up as early as 1972, the year before raw power, it is difficult to think of such a premature rapprochement between the parties. After all, AC/DC’s first album is High Voltage of 1975 and, unless Iggy was contacted to replace the very first singer Dave Evans (fired in 1974), the hypothesis of a possible artistic encounter even then appears hardly feasible. Far more likely the Sydney band considered an inclusion of the iconic voice of Search and Destroy after the death of Bon Scott. On the other hand, Iggy had already had several meetings with the latter, also testified by bizarre photos such as the one that portrays him in conversation with Scott completely painted in purple. Of those moments together, the artist confessed that he remembers little, even if he can swear that they were always rather pleasant situations to experience: “I’ve met Bon around several times and it’s always been wonderful, even though we were both drunk and facts. Sometimes I see or look at our photos. I don’t remember anything, but I recognize that it’s me with Bon! I loved what he did ”. In the end, the Young brothers probably made the right choice, signing up Brian Johnson of the Geordies for what was their great return to the scene. Back in Black became a classic that, while never obscuring the band’s past, nonetheless kicked off a new chapter in a story that continues to this day. Even Iggy Pop can still look to the past for his part without too many regrets, given that, after a life lived constantly to the fullest and close to the limit, he is still here. At the age of 75 he is a recognized rock legend who continues to do what he loves, despite some inevitable ailments. In the end, to quote a passage from him, he is still a “passenger” of life with a great desire to travel new paths other than the “highways to hell” told by Australian colleagues.