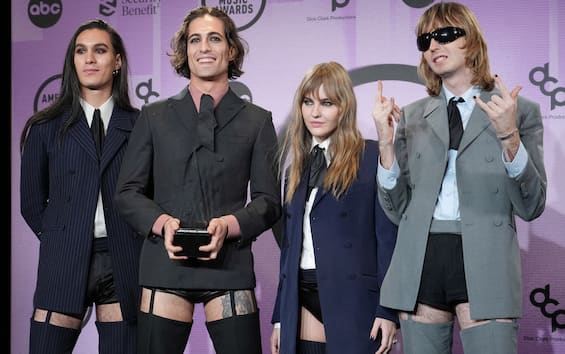 During a conversation with the English online magazine of music and entertainment, Mne, the American rocker said that the Italian band (made up of Damiano David, vocals, Victoria De Angelis, bass, Thomas Raggi, guitar and Ethan Torchio, drums) he is really mighty (Måneskin, how is their English? The opinion of an expert (who gives marks to Damiano & Co).

Pop collaborated with Måneskin for a new version released in August 2021 of the song ‘I Wanna Be Your Slave’. “Damiano – he said – is an extraordinary singer and the bassist, Victoria, really knows her stuff and doesn’t exaggerate, but on stage and in their videos she is consistent. Wooo, she is explosive”. The artist also compared guitarist Thomas Raggi’s style to Joe Perry (lead guitarist and co-founder of Aerosmith) while Ethan Torchio is skilled. “I read an interview – he explained – in which it was said that they started playing on the street in Rome and had to fight with other groups to get the best seats. You can really say that they have that background, that they did something together where they They’ve had a taste of poverty and darkness. I think that’s what gives them quite the edge.”